On 12 September 2017, Namibia through the Directorate of Veterinary Services (DVS), underwent a public health and assurance audit by the United States of America via Food Safety and Inspection Services (FSIS).

As a food business operator, Meatco was audited at plant level by an FSIS auditor. No deviations (findings) were raised and the Meatco plant was found fully compliant. This inspection was conducted under the United States Department of Agriculture (USDA), which is responsible for the commercial supply of meat, correct labelling and packaging in that country.

The audit allows for American authorities to verify that Namibia remains in compliance with maintaining their required standards. This routine audit is conducted on an 18-month to 2-year basis.

DVS and Meatco performed exceptionally well and this indicates how serious both stakeholders are regarding the commencement of exports to the US market,” says Executive: Quality Assurance, Rosa Katjivena. “Although Namibia was granted access to the American market in 2016, we are still waiting for final approval on the labelling of our products before we can start exporting there.

“It should be understood that product labelling approval is not part of the market access process. It is a separate, continuous procedural process completed with each product. This means that for every new product developed hereafter, we will have to get their labelling approval as well,” Katjivena adds.

Once exports to the US start, Meatco intends to market boneless raw beef products such as primal cuts, chuck-and-blade and beef trimming. 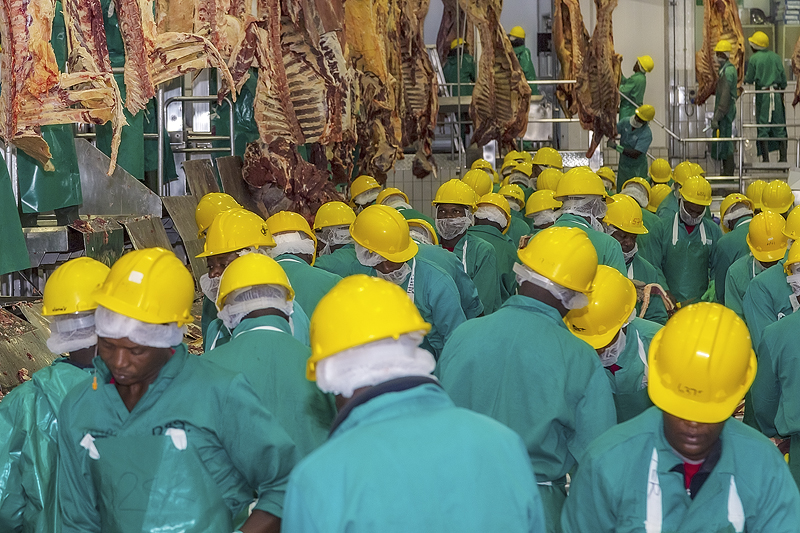