Meatco donated meat products to the value of N$5000 to the Namibian Food and Allied Workers Union (NAFAU) on 5 October 2016. The donation was aimed at the union’s 10th national congress held in Keetmanshoop from 7 – 9 October where new leaders were also elected.

Since NAFAU is an important stakeholder, Meatco’s management saw it fit to comply with the union’s request by availing the donation to maintain the relationship between the parties. 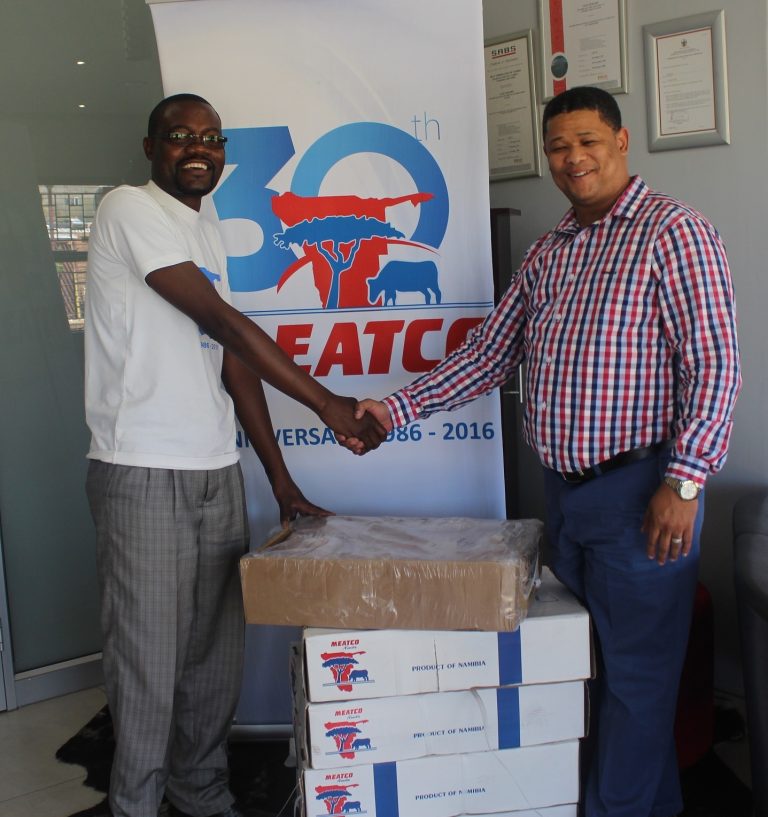 A the congress Meatco’s Red Offal Foreman, Abiud Tjipanganjara, was appointed as Deputy President of the union, while five Meatco employees who were in attendance received corporate items from the Stakeholder Relations & Corporate Affairs department.

“It is important for Meatco and NAFAU to maintain a sound working relationship towards achieving strategic objectives in the interest of Meatco employees,” Senior Manager: Employee Relations & Wellness, Abraham J. Christiaan, says.