Meatco concludes second round of FLMs

Meatco’s new board and management team has concluded its second round of stakeholder engagements. 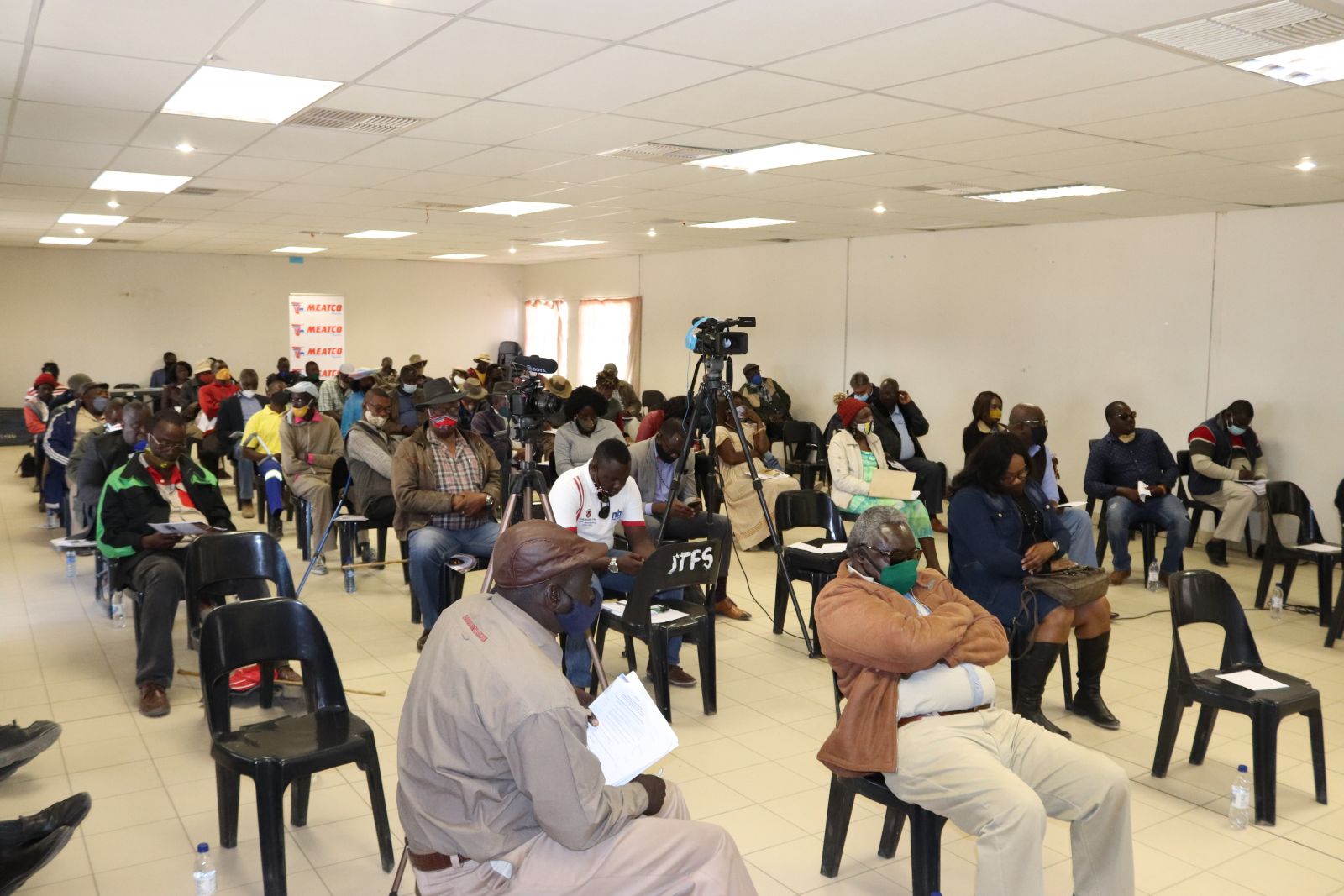 The purpose of the Farmer Liaison Meetings (FLMs), under the theme “Restoring Trust and building relationships”, was for Meatco to put minds together with farmers, find out their thoughts on the future of the business and map a collective way forward.

In attendance was Otjozondjupa Regional Governor James Uerikua, who noted that the agricultural sector employed 60%-70% of the population, therefore, agriculture is truly the backbone of the Namibian economy. He pointed out that farmers are facing water challenges and programmes on water infrastructure development would be of great assistance.

“Meatco’s new leadership should truly begin to treat all producers the same regardless of where they find themselves in Namibia, with the positive agro-logical advantages that the Otjozondjupa region  is richly blessed and the farmers would like to work together with Meatco,” said Uerikua.

Commenting on the Meatco engagements one of the top slaughter communal producers, Fred Kazombiaze, who farms in the Okamatapati area, said he had noticed a major improvement in the organisation’s efforts to reach out to the farmers.

“In the beginning, it used to be challenging because we could not be paid on time, but now we have made peace with it. We know that once funds are paid out we should not hastily spend the money, but rather properly invest it. There was a general understanding from the meeting that an improvement in payment terms will be seen and communal farmers greatly welcomed this because we are operating under immense pressure,” said Kazombiaze.

Another farmer Tjeripo Tjikuua voiced his concern with Meatco’s throughput and the view that there are no cattle. He said this is not a true reflection as Meatco is the one that was not consistently purchasing from communal areas. In fact, Meatco should ideally indicate how much it can spend on purchases from communal areas annually, he said.

“The relationship between Meatco and communal farmers has drifted. Therefore, it is important to comeback together and strengthen the ties, and keep up consistency,” said Tjikuua.

Meatco Board Chairperson Johnnie Hamman said it was important to hold hands as equal stakeholders in the industry to lead Meatco to better days. “It’s not an easy task and definitely not one Meatco can achieve on its own, but through concerted efforts from Meatco, government, farmers, farmers associations, unions and relevant stakeholders it is possible to get Meatco to where it was,” said Hamman.

The first round of meetings saw Meatco interact with stakeholders from Windhoek, Okahandja, Otjiwarongo, Grootfontein and Gobabis with the second one catering for farmers in Otjinene, Aminuis, Okakarara, Coblenz and the surrounding areas.

Further engagements in other parts of Namibia are on the cards, in line with Meatco’s new vision “A world-class meat brand creating sustainable wealth for all Namibians”.

Interacting with farmers is important for Meatco, hence, the company uses the regular FLMs and farmers’ association meetings as platforms to take note of producers' needs and concerns, so as to address them through the correct and relevant channels.