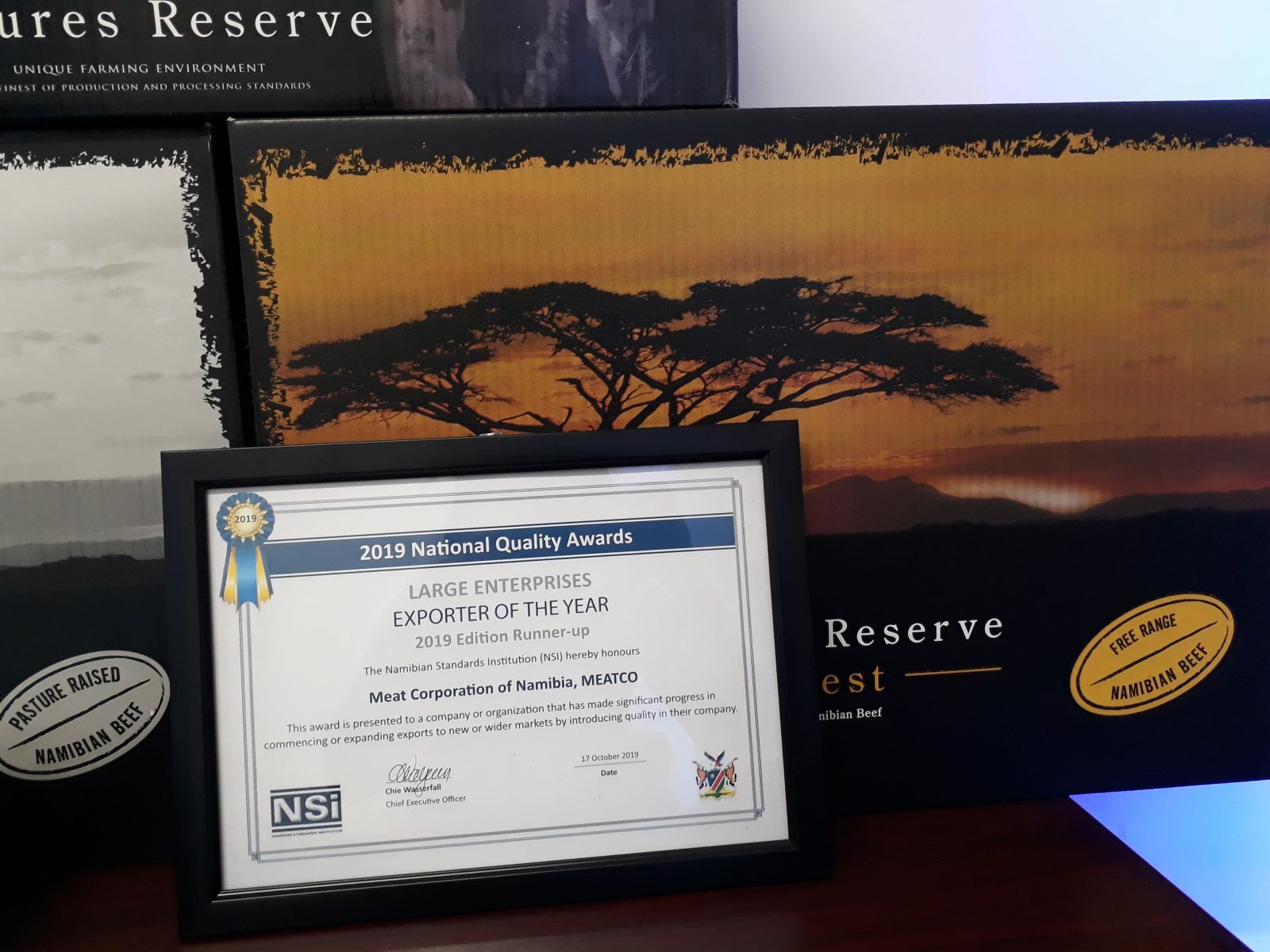 On 17 October 2019, Meatco was appreciated by the Namibian Standards Institution (NSI) with the Largest Enterprises Exporter of the Year 2019 Edition Runner-up Award.

The award, which is presented to a company or organisation that has made significant progress in commencing or expanding exports to new or wider markets as a means of their quality standards, recognises the efforts Meatco is putting into its product and processes.

This award, furthermore, indicates Meatco’s core business of procuring a local product (raw material) and subjecting it to international standards while marketing it to niche markets.

“Due to the award being a Runner-up, this leaves room for us to improve significantly. Another important aspect is that in Namibia the footprint of what we do is very visible and, as a result, it is commonly known that Meatco is a company that continuously strives to maintain high standards and bring in foreign currency into the country,” Quality Assurance Senior Manager, Adrianatus Maseke, says.

“Meatco, as an organisation, receives certification from the NSI, through our canned products on behalf of the National Regulator for Compulsory Specifications (NRCS) in South Africa.  We also have certification to accreditation bodies such as the British Retail Consortium (BRC) and the International Organisation for Standardisation-9001, just to mention a few that we have not only obtained but have defended as well,” Maseke further adds.

Meatco will utilise this award to strengthen its commitment as a company and ensure the development of a robust quality culture. And as a net exporter in the Namibian agricultural industry, the company can also contribute tremendously towards assisting smaller players to achieve quality standards for the betterment of the livestock sector.