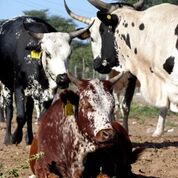 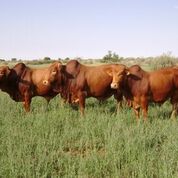 According to the Food and Agriculture Organization (FAO) of the United Nations, in 2016, the world had 998,313,000 head of cattle with Brazil having the largest cattle inventory in the world, followed by India and China. More than 100 countries (104 to be exact) have an inventory in excess of 1 million head of cattle, one of which is Namibia.

At the heart of Meatco’s operations is the historical relationship it has established with Namibian cattle producers, where it acts as a value-adding and marketing entity that passes the value gained from various markets back to its producers through the producer price paid for cattle delivered to its abattoirs.

Adding value to Namibian beef starts in the veld, where farmers rear free-range cattle using natural methods. Animals are raised on veld grass most of their lives and no growth hormones or routine antibiotics are used in their rearing. Apart from using naturally reared cattle for its production, Meatco ensures that the cattle are treated according to strict animal welfare principles. So, Meatco focusses on producing value-added, deboned cuts of meat to meet various client specifications for customers across the world.

Meatco aims to add as much value to carcasses as possible and to closely align itself with the needs of the end consumer of its products. Consequently, Meatco is constantly developing its value chain by placing great emphasis on the quality and unique characteristics of its beef. Almost 100% of the slaughtered animals is processed and sold. This way, Meatco can maximise value addition opportunities.

To highlight the unique qualities of its product, Meatco has developed its very own Natures Reserve brand of products, which – along with the Meatco brand – acts as a vehicle to extract the maximum value from international markets for the Corporation’s livestock producers. Meatco’s Natures Reserve brand has opened up free-range beef marketing channels and serves various international customers.

Meatco’s reputation rests on its commitment to the highest technical, ethical, social and environmental standards, a commitment that has enabled it to position itself as a principal provider of premium products to a number of niche markets.

According to Meatco Laboratory Manager, Kali Shapwa, Meatco does not compromise on the quality of beef. “It is the best or nothing at all times, to keep the trust our clients have in our meat – from when it is delivered to our abattoirs until the time it leaves,” said Shapwa, adding, “Ethics of food is very important because people must consume food to live, and that is why we cannot prevent the risk connected with food.”

However, given all the processing in the abattoirs, it is essential that quality assurance is maintained. All Meatco’s processes are in keeping with international standards, and testing of the meat is done daily at Meatco’s internal laboratory.