First consignment off to China

In his keynote address, Minister of Agriculture, Water and Forestry, Honourable Alpheus G. !Naruseb, praised key role players in the industry such as Meatco, who used this memorandum of understanding opportunity and enabled the country to be the first African country to export beef to China.

“Through these efforts, the Namibian government shall continue to create the necessary conducive business environment, for all Namibian entrepreneurs and business people to take advantage of such opportunities, as long as they agreed and conform to the export requirements of China are scrupulously complied with, to the letter and spirit of the signed protocol, said Honourable !Naruseb.

Meatco Namibia Board Chairperson, Dr Martha Namundjebo-Tilahun thanked the Namibian government and their Chinese counterparts for the great cooperation in ensuring the achievement of this milestone.

“Today signifies a victory in greater cooperation between our two countries in the areas of agribusiness. We are excited about the opening of an alternative market, as it brings many additional opportunities for us with regards to the range of products we produce. The export of bone-in meat is of special significance to Namibia,” said Namundjebo-Tilahun.

She further acknowledged the resilience and tenacity of Namibian farmers in the face of the challenging drought.

“We are aware of your farming challenges, thus, Meatco is urging you to market your animals while they are still in better condition. Meatco is here for you and ensuring that we stabilise the producer’s prices,” added the board chairperson.

The journey to export to China for Namibia began in 2011, when an agreement on animal health and quarantine was signed in Beijing, before a Health Certificate was approved in 2015.

In January 2016, the Certification and Accreditation Administration of the People’s Republic of China visited Meatco to conduct an audit on the facilities. The process, however, slowed down between 2016 and the first half of 2017, when Namibia experienced lumpy skin disease outbreaks in the foot-and-mouth disease-free zone of Namibia, notably in the Otjozondjupa, Kunene and Omaheke regions. These outbreaks resulted in renegotiations between the two countries. A breakthrough was achieved when the outbreaks were contained by means of vaccination, and officially declared over in May 2017.

Following the declaration, the Chinese General Administration for Quality Supervision, Inspection and Quarantine audited the products. Thereafter members of the China Meat Association visited Meatco in October 2017 to conduct market research and to familiarise themselves with Namibia’s meat production system.

A final memorandum of understanding was signed on 29 March 2018, while declarations for lumpy skin disease were completed in early 2019. Aspects of the translation of Chinese legislation are still ongoing but the clarification of microbiology criteria was duly completed in March 2019.

Hon.  Minister of MAWF, Alpheus G. !Naruseb delivering his speech at the launch. 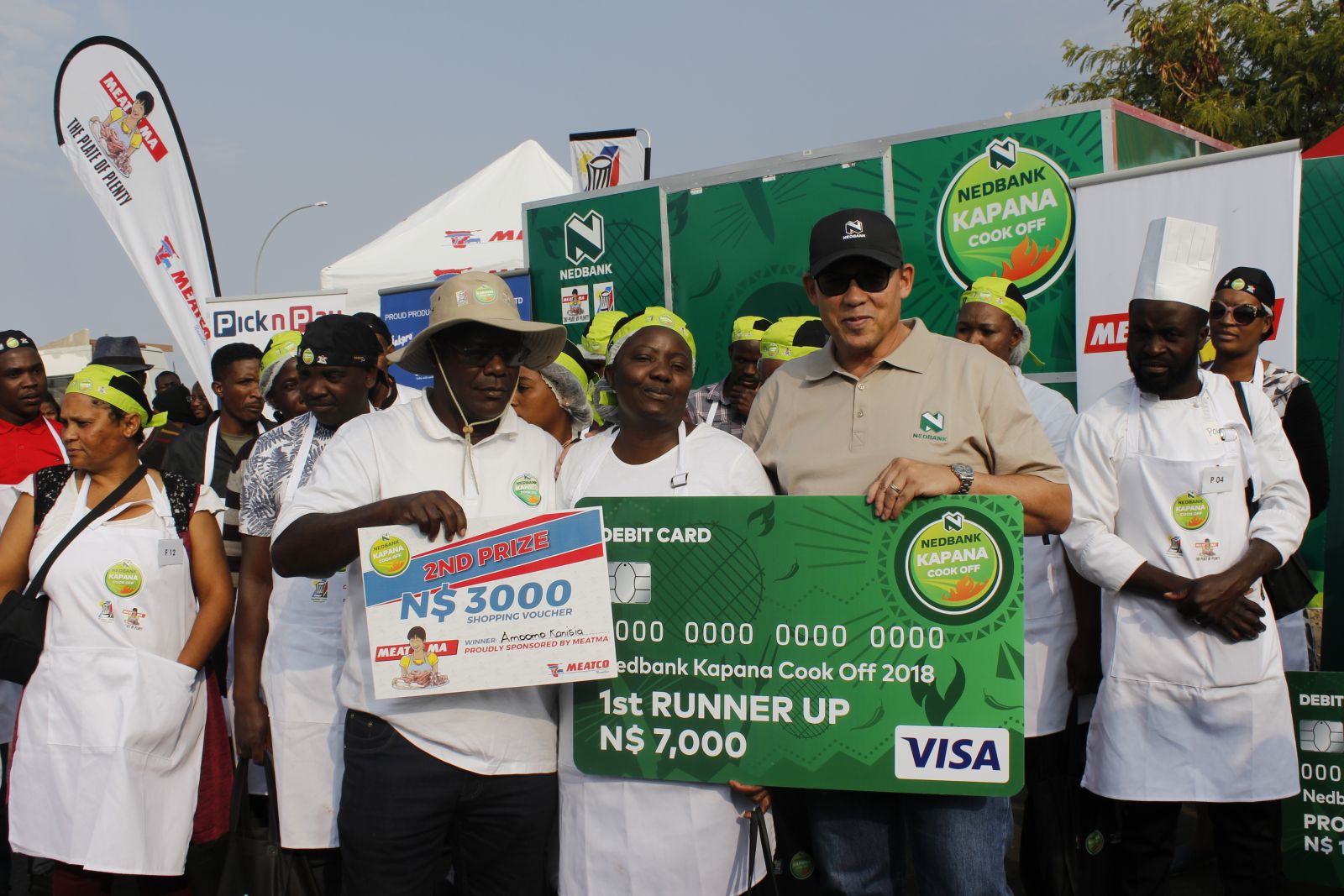 Dr Martha Namundjebo-Tilahun delivering a speech at the launch. 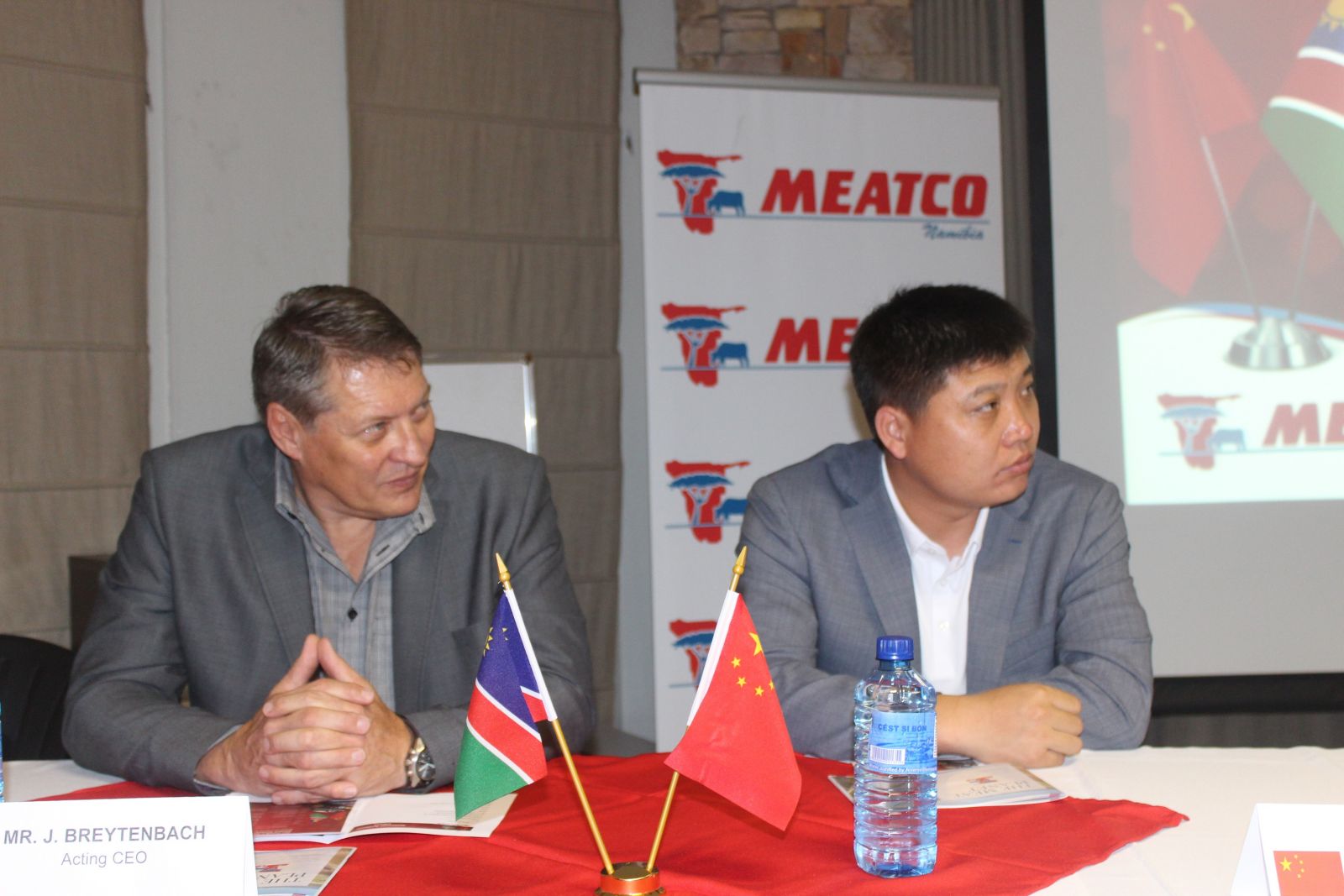 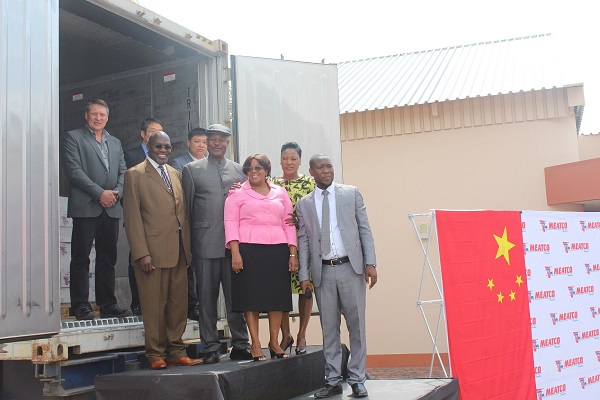 Dignitaries at the truck of premium beef off to China