On 15 March 2019, the Meatco Board of Directors and Management held a Farmers’ Liaison Meeting with Rundu farmers.

The meeting, which focused on “How Meatco can help the Farmer”, addressed building relationships with farmers through engagements. It also aimed to establish viable means to support farmers during the prevailing drought to ensure that Meatco secures cattle throughput from both Kavango East and West regions producers for the sustainability of the business.

Meatco’s Acting Chief Executive Officer (CEO), Jannie Breytenbach, shared with the farmers a review of Meatco’s operations in 2018. According to the slaughter statistics for 2018, Meatco only slaughtered 18% of the country’s cattle while live exports to South Africa were 70%. Meatco’s Mobile Slaughter Unit (MSU) procured 1,521 cattle in 2018 with another 57 head of cattle sold to neighbouring Angola. The Acting CEO also shared the company’s turnaround strategy of realigning the business to the current cattle numbers to ensure sustainability and increase competitiveness while also realigning the business for the future.

During the meeting, Executive: Meatco Foundation, Kingsley Kwenani ‑ through Meatco and in close collaboration with the Ministry of Agriculture, Water and Forestry (MAWF) ‑ informed the farmers of the planned re-zoning of the national Redline to extend the foot-and-mouth disease (FMD)-free zone. This move would clear the Kavango area of FMD, Kwenani told the farmers. This, he said, would enable small-scale commercial farmers in the surroundings areas to access lucrative markets while those on the other side of the new demarcated fence can start commodity trade.

“It is important to understand that we have quite a number of lucrative markets and once this re-zoning takes place, farmers in the area can also realise maximum returns through the foreign niche markets Meatco exports to,” Kwenani said.

In addition, Meatco’s new Executive: Marketing and Sales, Isaac Nathinge, presented on the current situation in the Northern Communal Area (NCA). He tackled topics such as market constraints, on-the-hoof price calculations and the throughput/slaughter plan for 2019. He highlighted Meatco’s product brand MeatMA’s role in the NCA through which value-addition is attained under the government’s “Growth at Home” strategy. He urged the farmers to be ambassadors of the MeatMa outlet situated at Bonanza in Oshakati. Nathinge further shared new opportunities for NCA farmers, specifically through the new directive from the Ministry of Finance, which once in effect, would require that national requirements for meat, fresh produce, cereal and flour are sourced from suppliers North of the Veterinary Cordon Fence.  The new order discourages the procurement of meat, fresh produce, cereal and flour south of the Veterinary Cordon Fence, unless supply is not sufficient to satisfy the demand. 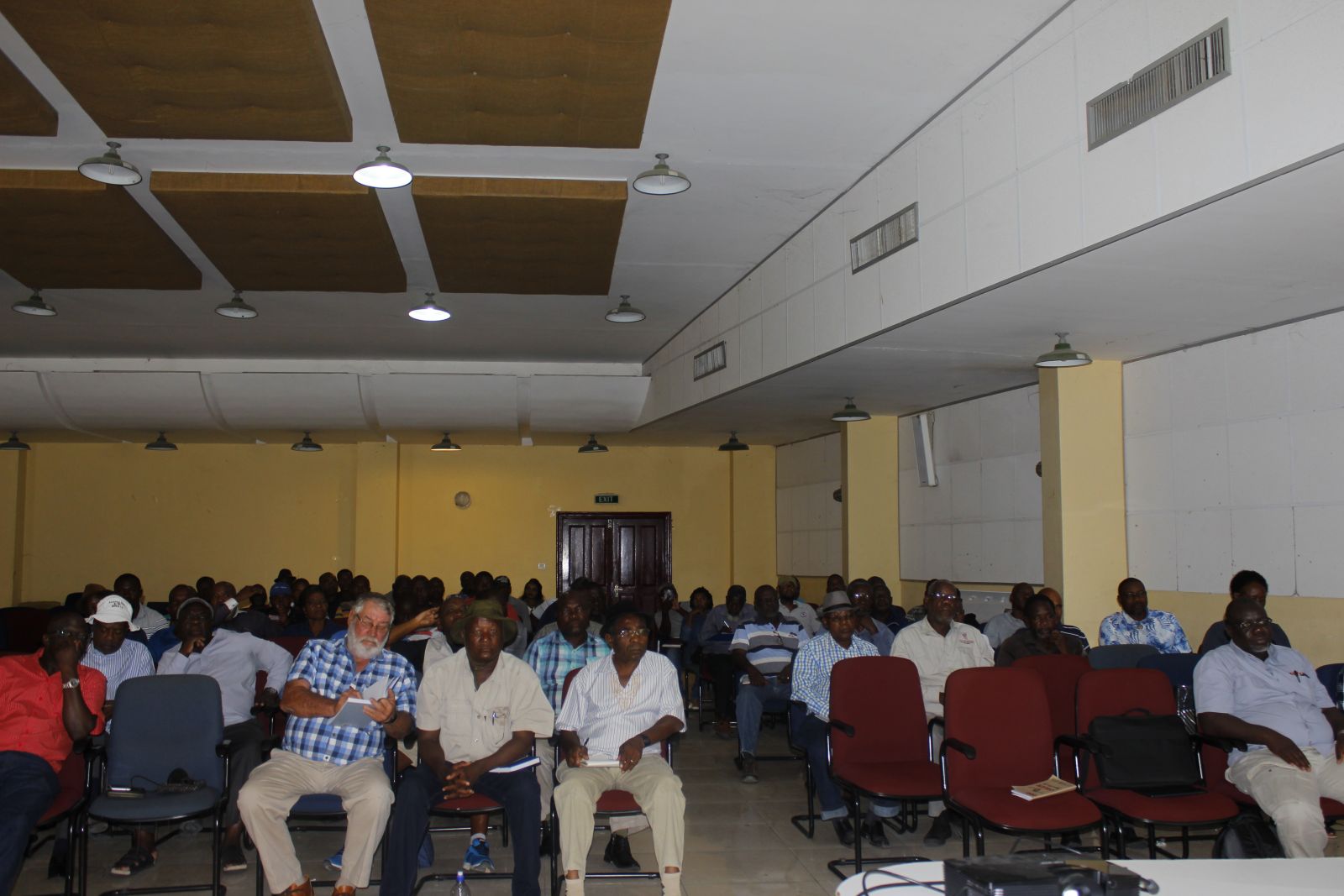 Increasing commodity-based trading in the area while creating a market for the farmers in the NCA is currently their biggest obstacle.