Meatco is expected to ship its first consignment of beef to the United States of America (US) by the end of July 2018.  Meatco’s Executive: Marketing and Sales, Cyprianus Khaiseb told the new US Ambassador to Namibia, Her Excellency Lisa Johnson who was on a familiarisation visit to the Meatco Plant on Monday, 25 June 2018. 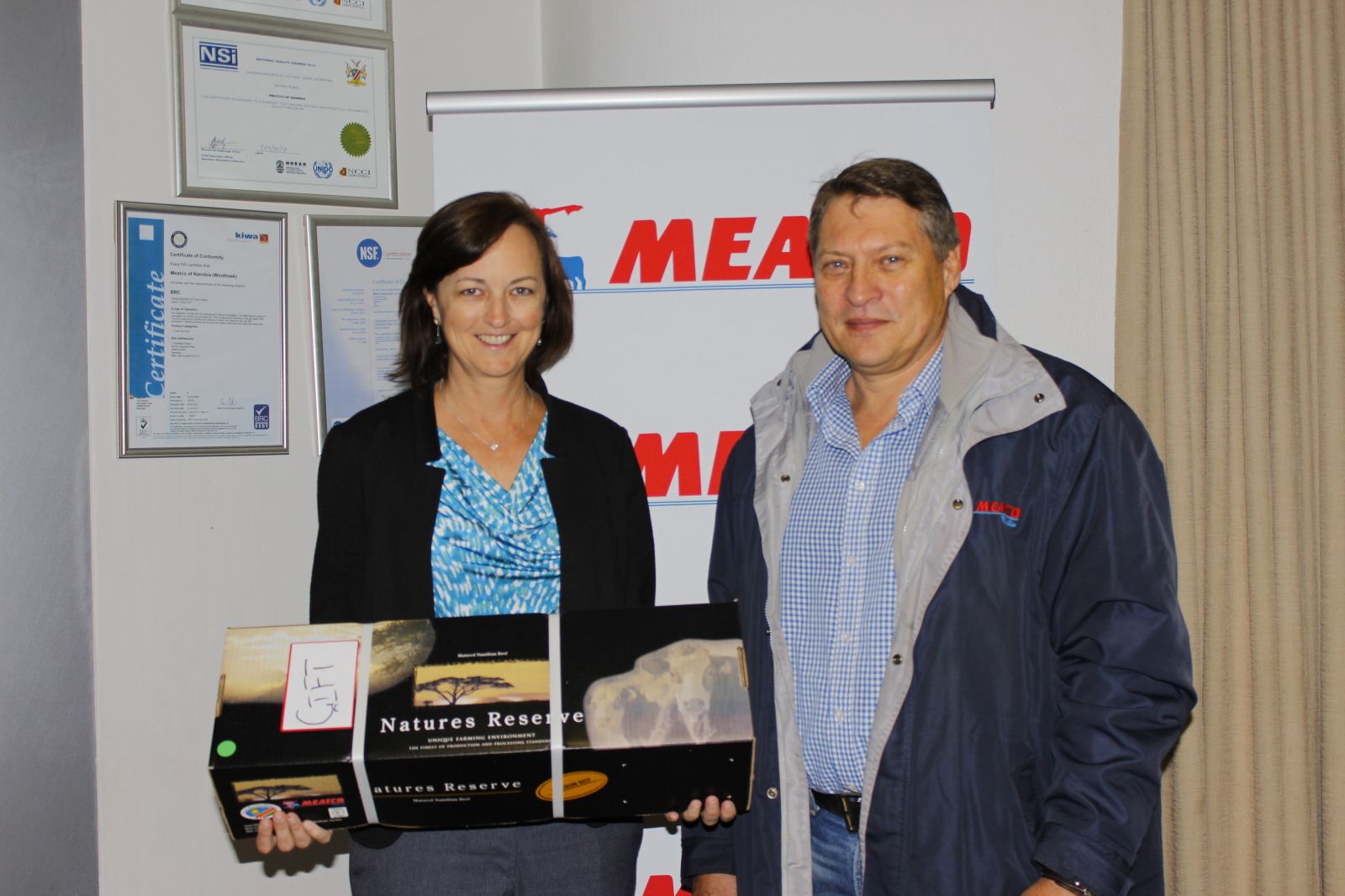 The visiting delegation were told that labels for export to that country and price negotiations with logistics ship-liners are in place and currently underway.  Namibia was granted access to the American market in 2016, but was waiting for labelling approval to start exports.

Under the US export rules, Namibia is eligible to export to the US boneless (not ground) beef raw products such as primal cuts, chucks, blade, and beef trimmings.

Khaiseb, also gave a presentation on the company’s business overview, highlighting aspects such as governance at Meatco, composition of revenue, production operations and on the company's famous corned meat brands like Texan and Eloolo with approximately 18 million cans produced annually.

Furthermore, he shared Meatco’s involvement in the Northern Communal Area (NCA), emphasising Meatco’s strategy of catering for all Namibian producers throughout the country.