Meatco Foundation gives back to community 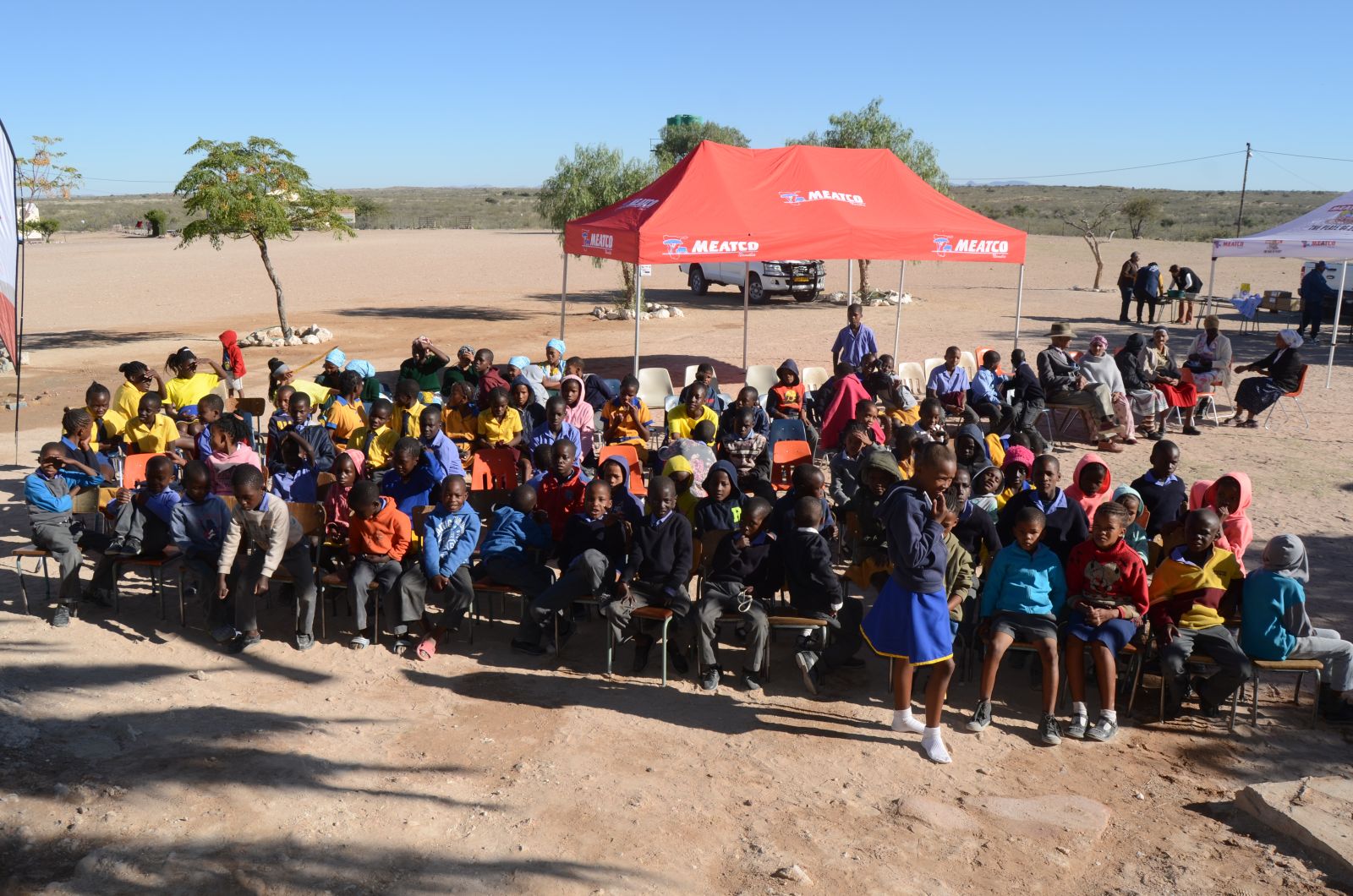 As part of its Corporate Social Responsibility (CSR), the Meatco Foundation recently partnered with various sponsors amongst them, Meatco, Meatco UK, Karnic Distributors, Windhoek Stationers, Namib Mills as well as Namibia Breweries, a subsidiary of the Olthaver & List group, in donating various items to the J & W Mouton Primary School.

Blankets, soccer kits, soccer boots, stationery, food, meat, cool drinks and a printer to the sum of N$30,000 were handed over to the school.

The pupils celebrated the gesture with song and dance in a colourful ceremony graced by Hardap Regional Deputy Director for Education, school board members and community members.

According to Meatco Foundation Administrator, Nadia van Wyk, one of the main reasons why the Foundation chose to help this school is because it is located on a small farm outside Rehoboth.

“This school is not just catering for children in the Southern part of the country, but we have come to learn that most of the children come from the Northern parts of the country, where Meatco and its Foundation have been making efforts to improve the livestock production and livelihoods of communal farmers and communities,” Van Wyk said.

Founded by the Meat Corporation of Namibia (Meatco Namibia), the Meatco Foundation is aimed at leveraging all the developmental work that Meatco Namibia is doing amongst cattle farmers and communities it operates in.

Hence the Foundation promotes socio-economic development and empowerment in the livestock sector.

The Foundation prides itself in its healthy record of CSR and investment through donor funding and assistance. Over the years, we have supported communities and organizations with special needs.

Executive of the Foundation, Kingsley Kwenani, appealed to the corporate world and industry leaders not to neglect schools in rural areas, saying that they too could become centres of excellence.