Imagine you had a factory that makes toilet paper. Imagine too that every other toilet paper manufacturer in the country had the right to take your toilet rolls to replenish their own stock. You would soon be out of business and if your survival depended on it, destitute.

No amount of technical advice by a toilet paper expert on how many plies to use, whether to shift perforations between sheets up or down or to print cute little pink or blue designs on the sheets, would save your business.

Similarly, with communal and group resettlement farmers, no amount of agricultural technical advice can improve your drought resilience as long as the managerial control over your sources of production is inadequate (tenure insecurity).

There is, however, one small window of tenure opportunity for communal farmers. Traditionally, crop fields and gardens are seen as “private property”, exclusively managed by the owner. Expand your crop fields and start growing fodder on parts of them.

Establish cultivated pastures of perennial grasses on expanded crop fields and in the ekove. Graze these pastures until March and close them thereafter to grow and make hay, which is stored for dry times such as now.

Rotate the grass and the grain parts of your fields regularly, because grass pastures improve soil fertility and enhance subsequent grain yield. It is even better if forage legumes are included in this scenario, but we don't seem to have any that are properly adapted to semi-arid conditions.

There has been no research on this topic so it is possible that we might not see an opportunity even if it is staring us in the face.

Turn animals loose to fend for themselves

Traditionally, the response of communal farmers to adverse conditions has been to accumulate livestock and build big herds. If you own 100 cattle and a drought comes and kills 60%, you will be left with 40 cattle after the drought.

This is still a sizeable herd and you will be able to re-build your wealth quickly. If in contrast you only had 10 cattle at the start of the drought and lose 60%, you are left with four and very little chance to re-gain lost wealth. Again, very rational, but out of synch with current reality.

Another typical communal drought response is to turn livestock loose to search for scraps over a huge area. This worked well in days gone by when the human population density was low and grazing resources were plentiful.

During the MCA-N intervention, we had the opportunity to weigh cattle in all northern communal areas monthly (see graph). Kaokoveld cattle are the heaviest and largest because their grazing is sweetest. However, grazing is also scarce in Kaokoveld.

When the 2012/13 drought struck, Kaoko cattle lost weight rapidly and soon weighed less than their contemporaries in other areas. Hundreds of thousands died. The same might happen now because the forage deficit has only become worse since then. 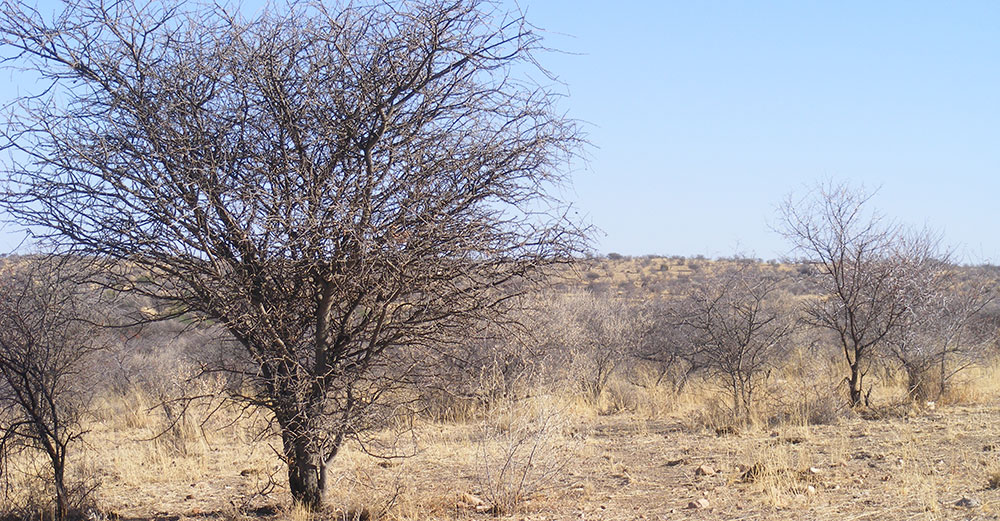