India was the largest exporter of beef in the world in 2016, followed by Brazil, Australia and the United States. Beef exports in India include carabeef.

These four countries exported more than 1 million metric tons of beef in 2016, accounting for roughly 66% of the world's beef exports in that year. 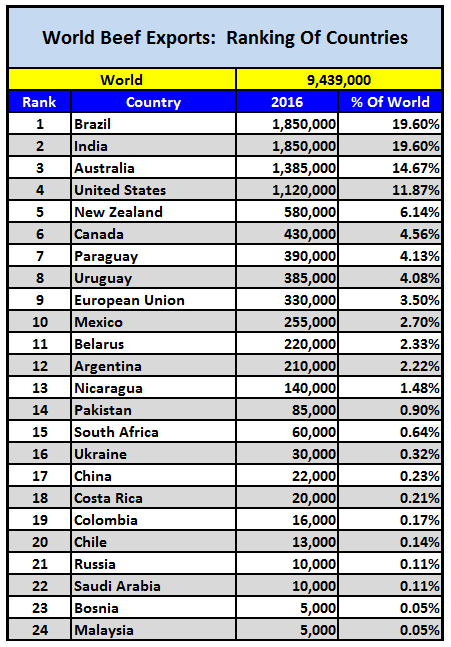