Minister of Agriculture, Water and Forestry reappoints Meatco Board

On 21 February 2017, the Minister of Agriculture, Water and Forestry, Hon. John Mutorwa, reappointed the Meatco Board to serve for another three years. The Chairperson and Vice-Chairperson will be announced on Monday 27 February 2017. 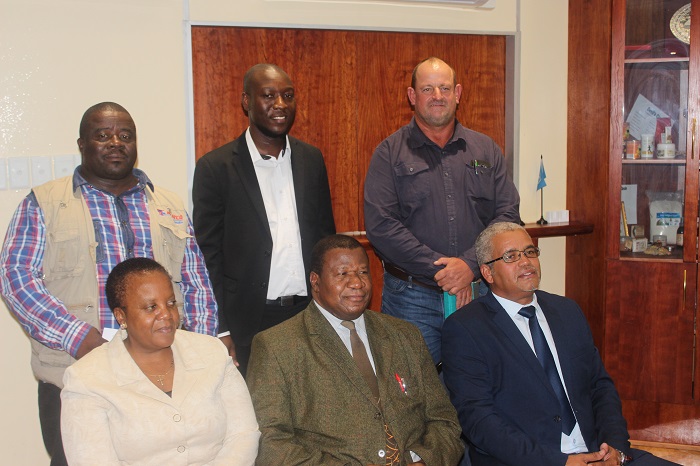 The newly appointed board members

Announcing the Board Members to the media on Tuesday 21 February 2017, Mutorwa said: “The appointment of the above-mentioned persons as Board Members of Meatco was done by virtue of the powers vested in me as the line minister, in terms of the provision of Section 5 (4) of the Meat Corporation of Namibia Act, 2001”.