2016 has been a demanding year for Meatco’s Operations department due to the drought of the the past three years as well as the water shortage currently experienced. Bearing this in mind and because of low volumes of cattle, Meatco’s Windhoek Abattoir operations will officially close on 16 December 2016 and resume on 16 January 2017.

“It should be noted that if animal availability increases in January 2017 and the need arises for operations to resume earlier than scheduled, Meatco will inform staff through the relevant radio services,” Plant Manager: Windhoek Abattoir, Johan Goosen, says.

In addition to the reopening of the different factory sections on 16 January 2017, medical tests and induction training will take place until 18 January 2017. Cattle offloading for 2017 will resume on 18 January, with only 200 to 250 head of cattle expected due to the closure of the factory for five to six weeks. This is the longest period ever that the factory has been closed and requires that employees start slowly to get back into routine. Thereafter, slaughters will commence on 19 and 20 January 2017, with the first deboning to commence on 23 January 2017.

Because of the closure dates as stated above, producers are urged to contact their nearest Livestock Procurement office and confirm whether they have met the 90% delivery contract agreements in order to plan accordingly.

Executive: Operations Jannie Breytenbach, says the company would like to thank all staff for their hard work and loyalty during the past year. He wishes everyone a Merry Christmas and a prosperous New Year. 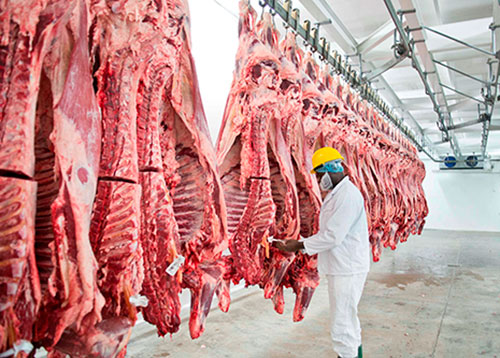