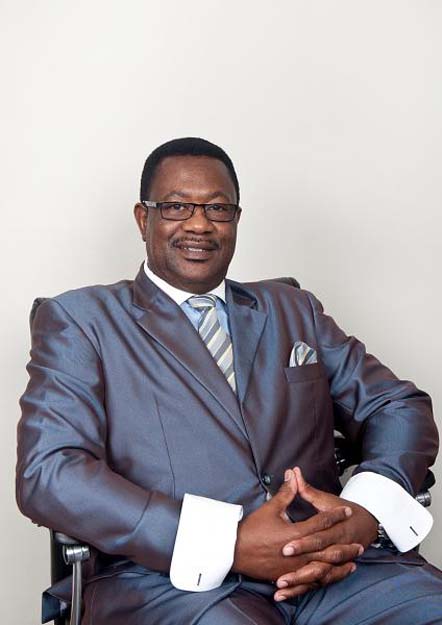 Meatco has a duty to act in the best interest of all Namibian farmers and the meat industry.

It is therefore with great concern that we learnt of recent correspondence sent out by Witvlei Meat, relating to an alleged Witvlei Meat board decision to approach the Norwegian Government with a request to interfere with the allocation of the current Southern African Customs Union (SACU) GSP quota.

The Norwegian GSP system makes provision for an annual quota of 2 700 tons for which duty free treatment of beef originating from Botswana and Namibia is conferred.

The contents of the Witvlei correspondence (dated 02 June 2014), sent to the Meat Board of Namibia, but also copied to the ministries of Agriculture, Water and Forestry, as well as Trade and Industry, state that a Witvlei board meeting is scheduled for next week, 09th and 10thJune 2014, in Norway where two motions will be considered.

The first motion is to formally approach the Norwegian Government with a request to prescribe to the Namibian and Botswana Governments the way in which their portions of the SACU quota should be allocated within the respective countries. Should this motion fail, the Witvlei board plans to table a second motion requesting the Norwegian Government to effectively remove all benefits resulting from this GSP quota to farmers located in Namibia, Botswana and Norway.

“We are gravely concerned by the ludicrous nature of both these proposed motions, as they not only infringe on the very sovereignty of the SACU countries in question, but also obviously cannot be in the interest of any farmer within Namibia or Botswana,” Meatco Chief Executive Officer, Adv. Vekuii Rukoro said.

Since Witvlei’s quota was reduced in order to effectively unlock additional benefits towards all Namibian farmers, they have consistently attempted to reverse and negate Government’s directive in this regard.

“By planning to request the Norwegian Government to ‘effectively remove all benefits resulting from the GSP quota’, clearly Mr Sidney Martin and team are saying that if they can’t get what they want, then no one can get it. What they perhaps don’t understand is that this quota is not about individual business interests, but about the interests of livestock producers in Namibia and Botswana whose very livelihood depends on farming and the benefits provided by this quota. This fact is also well supported by the criteria upon which the Ministry of Trade and Industry made the quota allocation,” Adv. Rukoro said.

During 2013, Witvlei slaughtered a total of 8 391 cattle, whilst Meatco and the Botswana Meat Commission (BMC) slaughtered a combined volume of 247 770 cattle. This implies that Witvlei only managed to secure 3.28% of the cattle slaughtered for export within SACU during 2013 (whilst they were enjoying 50% of the Namibian portion of the Norwegian quota – 800 tons and 25% of the overall SACU quota).

“Proposing therefore that Witvlei be awarded one third of the entire SACU quota (approximately 1 000 tons) is not only without merit and clearly misguided, but borders on mitigated arrogance,” Adv. Rukoro said.

Statements from Witlvei are that Meatco holds a monopoly in the Namibian cattle market. This is not true, says Adv. Rukoro. “Meatco needs to consistently compete with other establishments inside and outside Namibia in order to secure cattle for our abattoirs.” Out of the total livestock sold in Namibia last year, 55.79% were live exports to South Africa and Angola, 18.31% were local abattoirs, 2.26% went to Witvlei and Meatco only got 26.65%

“Witvlei has not made any attempt to increase its slaughter volumes, not even during last year’s devastating drought and despite Government’s repeated requests to all abattoirs to increase their capacity in order to assist affected farmers.,” says Adv. Rukoro.

In contrast to Witvlei, the quota allocated to Meatco benefits a broad range of Namibian farmers, including communal farmers in the Northern Communal Areas (NCA). “We are willing to open our books to prove this, we wonder if Witvlei would be willing to open their books?”

Meatco fully stands behind the Namibian Government’s decision based on the criteria to allocate the 2014 Norwegian quota on a more fair and equitable way in order to ensure enhanced local growth and greater benefit distribution towards a wider range of Namibian farmers.

“As custodians of this very fragile and declining industry, we therefore cannot allow a small group of individuals to derail the work of the rest of the industry who have the ability to clearly see this vision and joint objective,” Adv. Rukoro said.

Meatco believes that it would be in the best interest of the Namibian farmers, the beef industry and Namibia as a whole if Witvlei joined Meatco in standing behind the Government’s decision regarding the quota allocation.

Meatco has also over the past months witnessed with concern as Mr Sidney Martin continuously slandered and disrespected our national leaders on public platforms.

We, and others like us, therefore view Witvlei’s recent behaviour and actions as utterly childish and unprofessional to the extent that is becoming an embarrassment for our industry and country. We urge Mr Sidney Martin to stop misbehaving.”