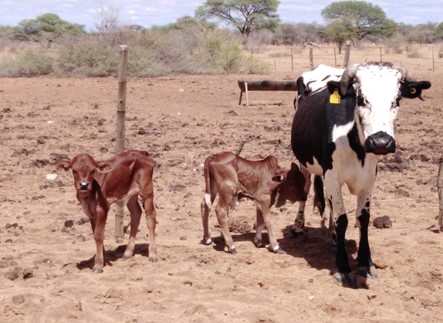 Lick supplementation refers to the provision of those nutrients that are deficient in the grazing provided to livestock, thereby complementing (without substituting) the readily available forage/grazing resources that alone may be inadequate to maintain the productivity of the herd. Over the years, this has become customary practice among Southern African farmers, as it has allowed many to unlock increased production from inferior grazing conditions. This is not just a practice that is applicable on inferior rangeland but also crucial in intensive farming systems where high-pressure grazing is implemented to maximise the utilisation of the available forage independent of the quality of the veld.

1.Salt (NaCl) Salt availability has a direct impact on the feed intake and grazing behavior of livestock. According to Blair-west et al. (1965), extremely hot climatic conditions can also induce salt deficiency in livestock. The association with hot climatic conditions can be explained by the fact that during time of extreme hot environmental temperatures, cattle often experience a degree of mild to moderate heat stress. One mechanism the animals use to dissipate the heat from the body is to drool litres of saliva per day. The saliva produced has a high concentration of sodium, which if lost continually may cause the animal to develop sodium deficiency in the body over a prolonged period. The salt deficiency might lead to reduced water intake, which in turn further decreases the feed intake, leaving the farmer with a sub-optimally performing herd of cattle.

2.Phosphorous (P) Phosphorous is not only important for skeletal development and the maintenance thereof. It is a macro-mineral that plays a vital role in a lot of metabolic functions within the body. One such critical process is energy metabolism whereby ATP (adenosine triphosphate) serves as fuel for the body at a cellular level.

A deficiency in phosphorus has been associated with poor conception rates, sub-optimal overall growth performance and decreased feed efficiencies. Pica (consumption of foreign objects which are of no nutritional value such as stones and other solid objects) has been commonly also associated with severe phosphorous deficiency but it is worth mentioning that it is a non-specific sign of a possible nutrient deficiency in livestock as it can be a result of many other factors (Constable et al., 2017). Compared to sheep, cattle are more commonly found to have a phosphorous deficiency as sheep have a selective grazing habit, which enables them to choose the more nutritious parts of a plant. Arguably, phosphorous deficiency is the most economically important widespread mineral deficiency of grazing livestock in Southern Africa, as pointed out by multiple researchers.

Another important nutrient not discussed above that requires attention with changes in seasons is protein, especially during the dry winter months when the veld is dormant, and grass is of lower quality in terms of nutrients found in the foliage.

Nevertheless, many of the above-mentioned deficiencies can be curbed through the implementation of modern lick supplementation programmes put together by animal nutritionists, which can drastically improve the overall productivity and health of a herd.

For further information regarding the implementation of a lick supplementation programme and different types of licks, please consult the nearest animal nutritionist or technical advisor whose contact details can often be found from a feed supplier of choice.

*Meatco’s bursary holder, Olebile Olibile, is a Veterinary of Science student at the University of Pretoria and is completing his sixth year of studies.