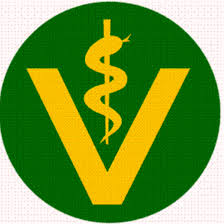 The Directorate of Veterinary Services (DVS), in its Public Notification Number four of 2021 issued on 23 February, announced the outbreak of Lumpy Skin Disease (LSD) in Eiseb in the Otjombinde constituency, Omaheke Region.

The disease was first detected at Otjiuapehuri village on 12 February 2021. So far, a total of 31 head of cattle from 10 various homesteads have been affected.

LSD is a viral disease of the cattle that is spread by biting insects and is characterised by lumps on the skin and other parts of the body. It is a notifiable disease by law and is a disease of economic importance.

In line with the provisions of the Animal Health Act, Act 1 of 2021, the following control measures have been instituted with immediate effect:

These disease control measures will be reviewed once the extent of the outbreak is determined.

The Directorate requests the full cooperation of farmers during this time to ensure the shortest possible delay in the normalisation of farming in the area.