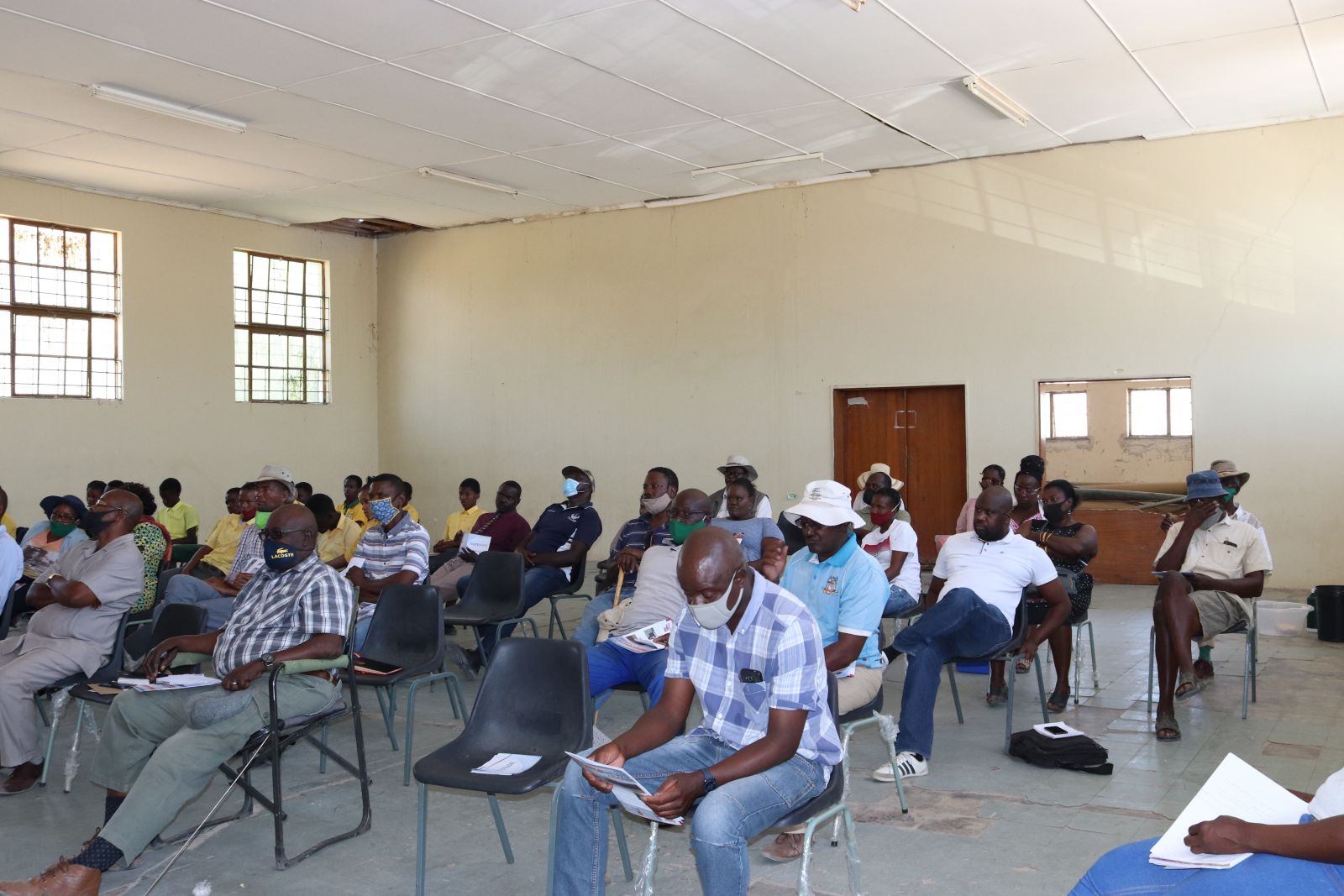 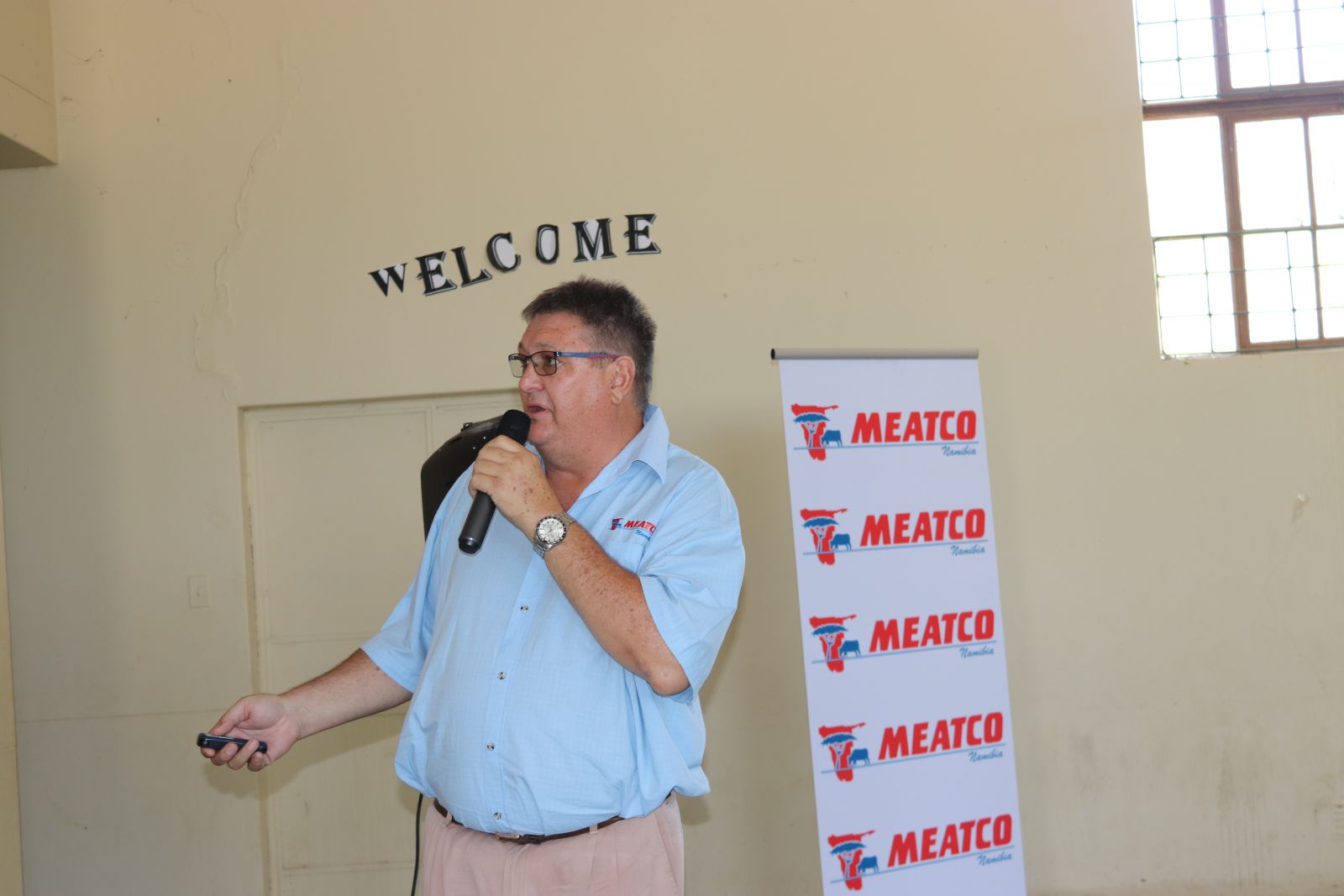 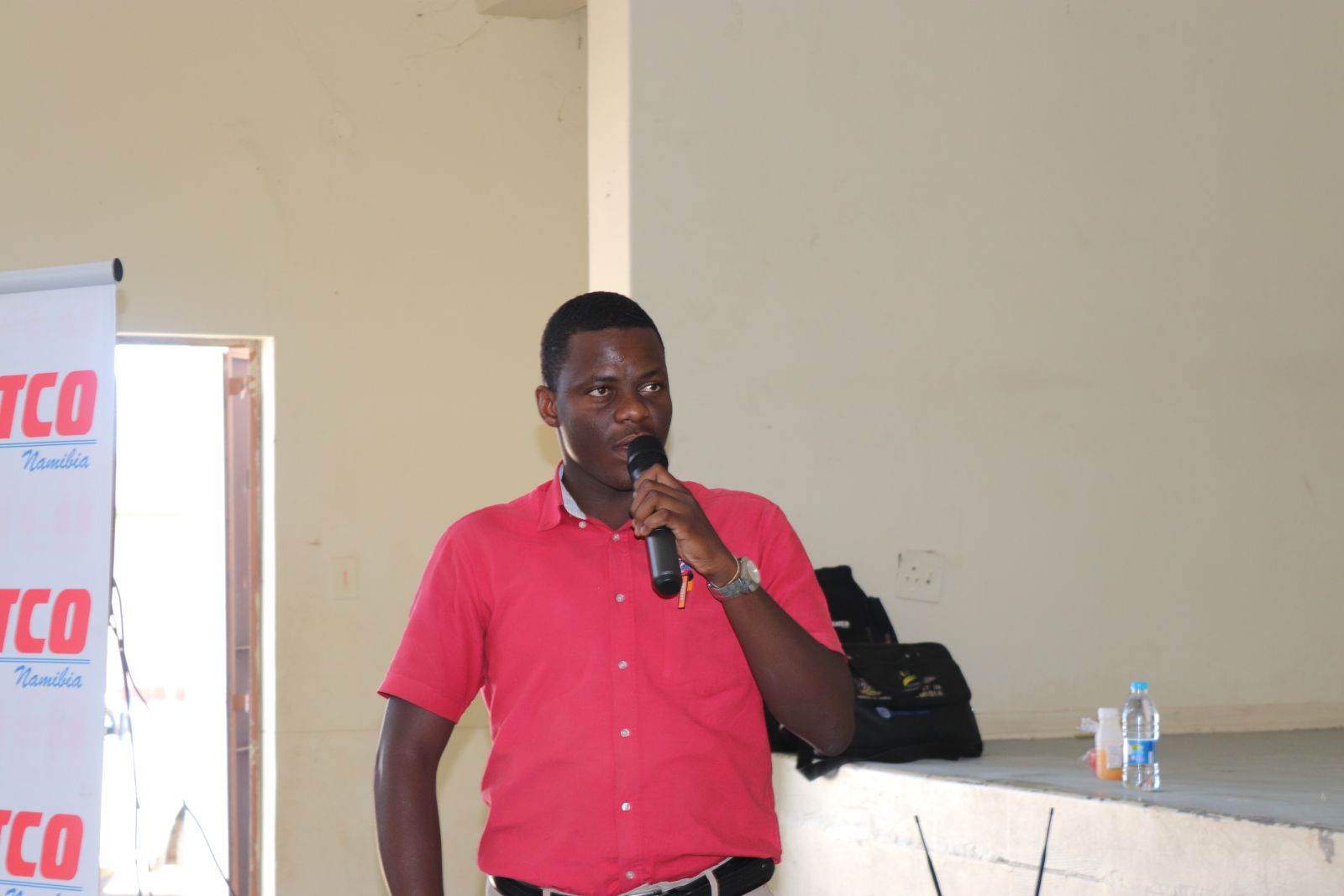 Meatco embarked on the second round of communal engagements for this year, the meetings commenced in Tallismanus and ended in Okaepe from 13-16 October 2020.

Sound relationships with all Namibian cattle producers remain at the heart of Meatco’s operations and success.

At the meeting, Meatco’s, Manager: Livestock Procurement Commercial and Communal, Patrick Liebenberg under his new portfolio shared important information with farmers tailored to strengthen the Namibian red meat industry. He presented on how Meatco has been ploughing back into communal areas since 2016-2020 up to date. Meatco has invested a total of 224 million and procured 34 119 animals from communal areas. He, however, shared that there is potential to invest and procure more cattle from the area.

Liebenberg urged farmers to foster an attitude of working towards directly delivering animals to Meatco’s abattoir to derive higher returns into their pockets. As through this, costs in the system that push cost prices up can be eliminated as well as prevented.

He, furthermore, shared Meatco’s relevance, pointing out that Meatco is a company that stabilises prices. It is a national asset that is a complete and final Namibian marketing destination for all cattle producers. Meatco also has the potential to take excess cattle from farmers in the shortest of time and slaughter them during drought times.

The Namibian meat industry has three pillars namely, the export market, small weaner market leaving on the hoof to South Africa and the domestic market.

“Meatco is not of the opinion that the South African border should be closed because we cannot rear all the light weaners here in Namibia. We rather need to keep better quality animals and all the slaughter-ready animals in the country or control the border,” says Liebenberg.

He shared that farmers can have access to Meatco through direct delivery from the farm to the abattoir and from the farm to the feedlot. As well as through on-farm permit days due to most producers not having transport and experience distance challenges. Another method farmers can have access to meatco is through communal permit days and permanent buying points which will remove commissions and place higher returns for producers in terms of the prices they can gain.

Additionally, The Directorate of Veterinary Services (DVS) Officials attended the meetings and shared the Animal Health Act, Act 1 of 2011. Educating farmers on topics such as 90/40 Day Compliance and Animal Identification. Highlighting that farmers should adhere to the 90/40 Day Compliance for animals to go straight to Meatco’s abattoir for direct slaughter. They emphasised that through the tagging of animals by six months traceability as a market requirement can be achieved and will contribute to the sustainability of the industry.

The meetings ended in a question and answer session where farmers enquired on the topics of discussion and shared their views on how to deal with current industry challenges collectively with other stakeholders such as Farmers Associations (FAs), The Meat Board of Namibia (MBN) and DVS. 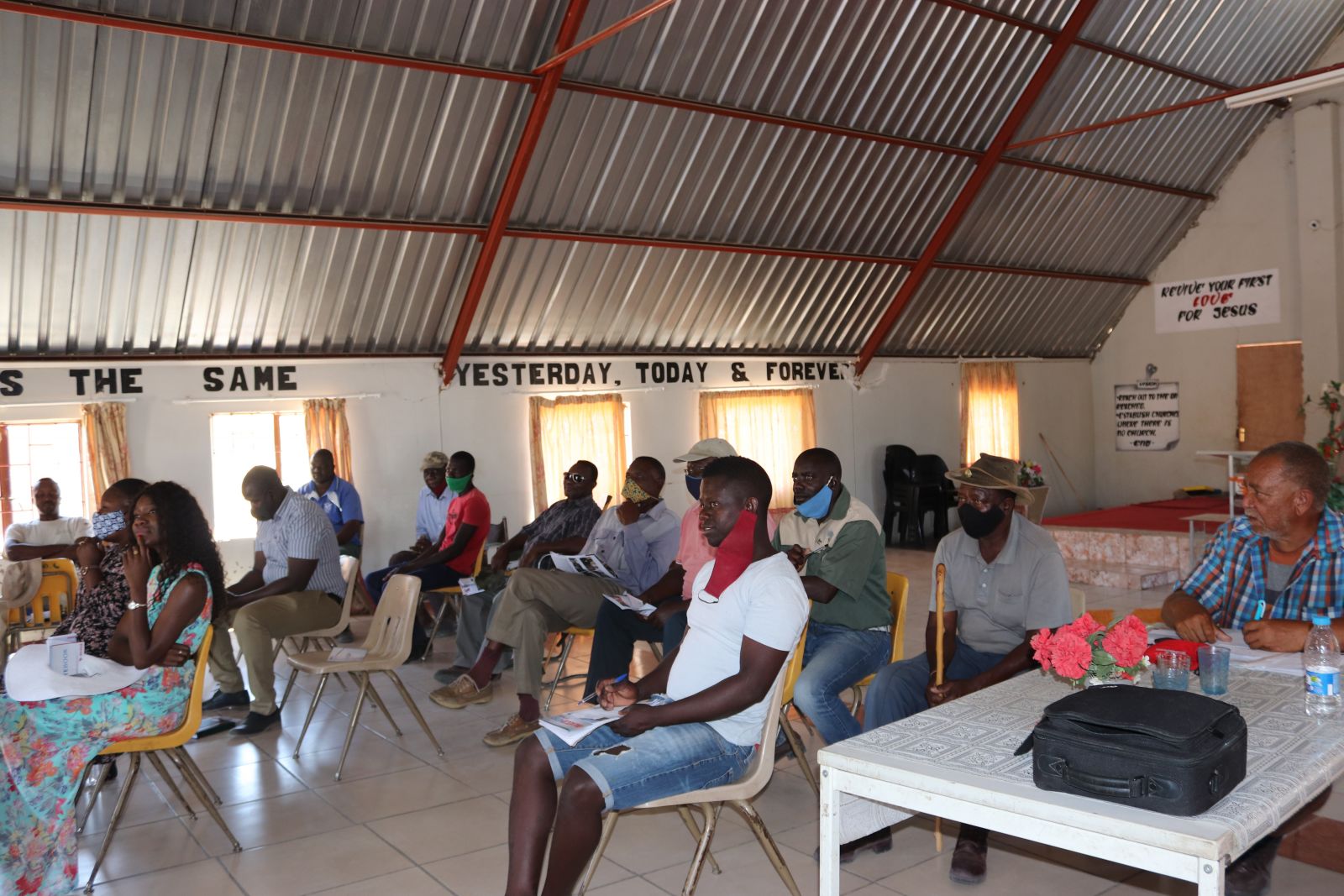 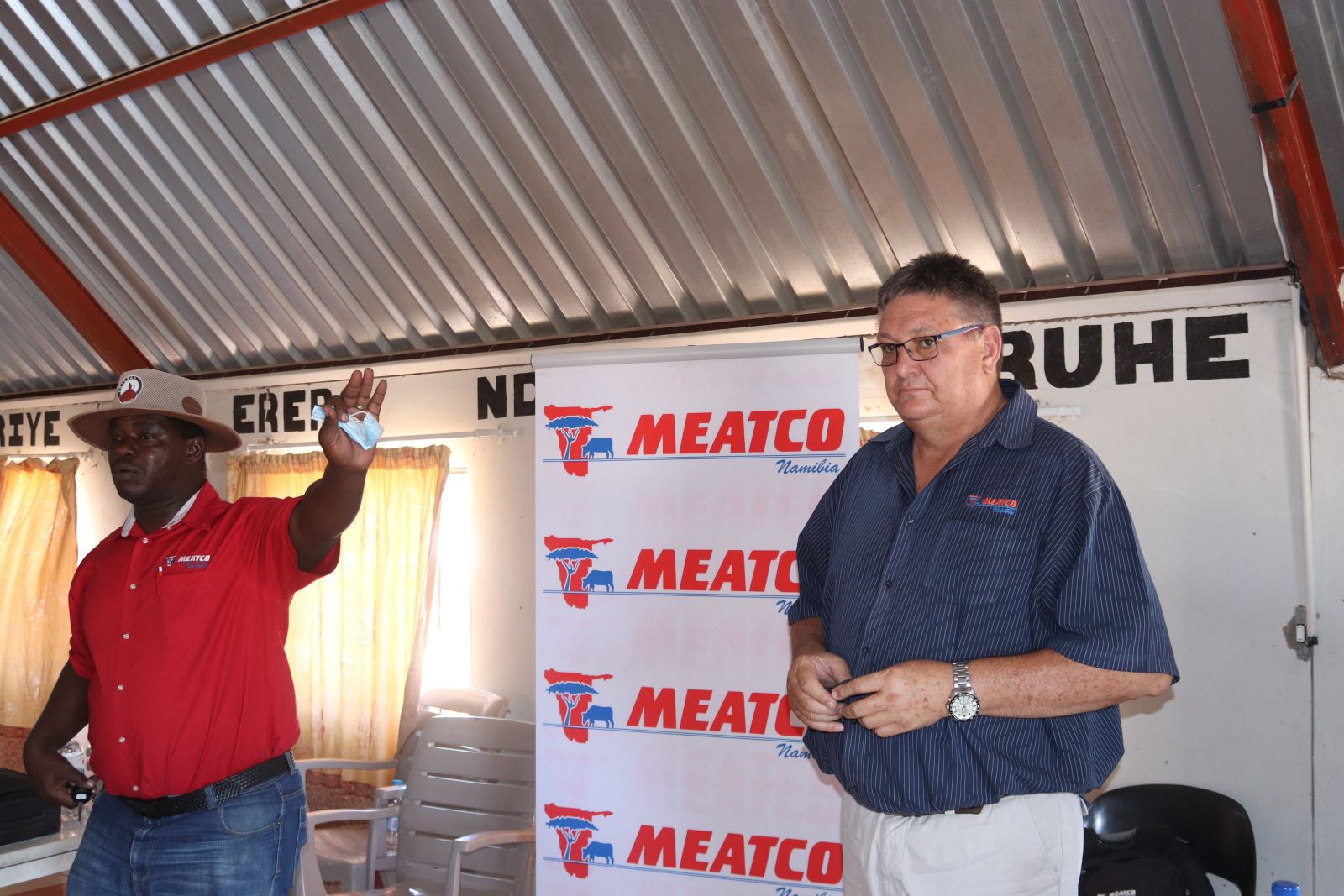