Meatco working towards the inclusivity of all Namibian producers 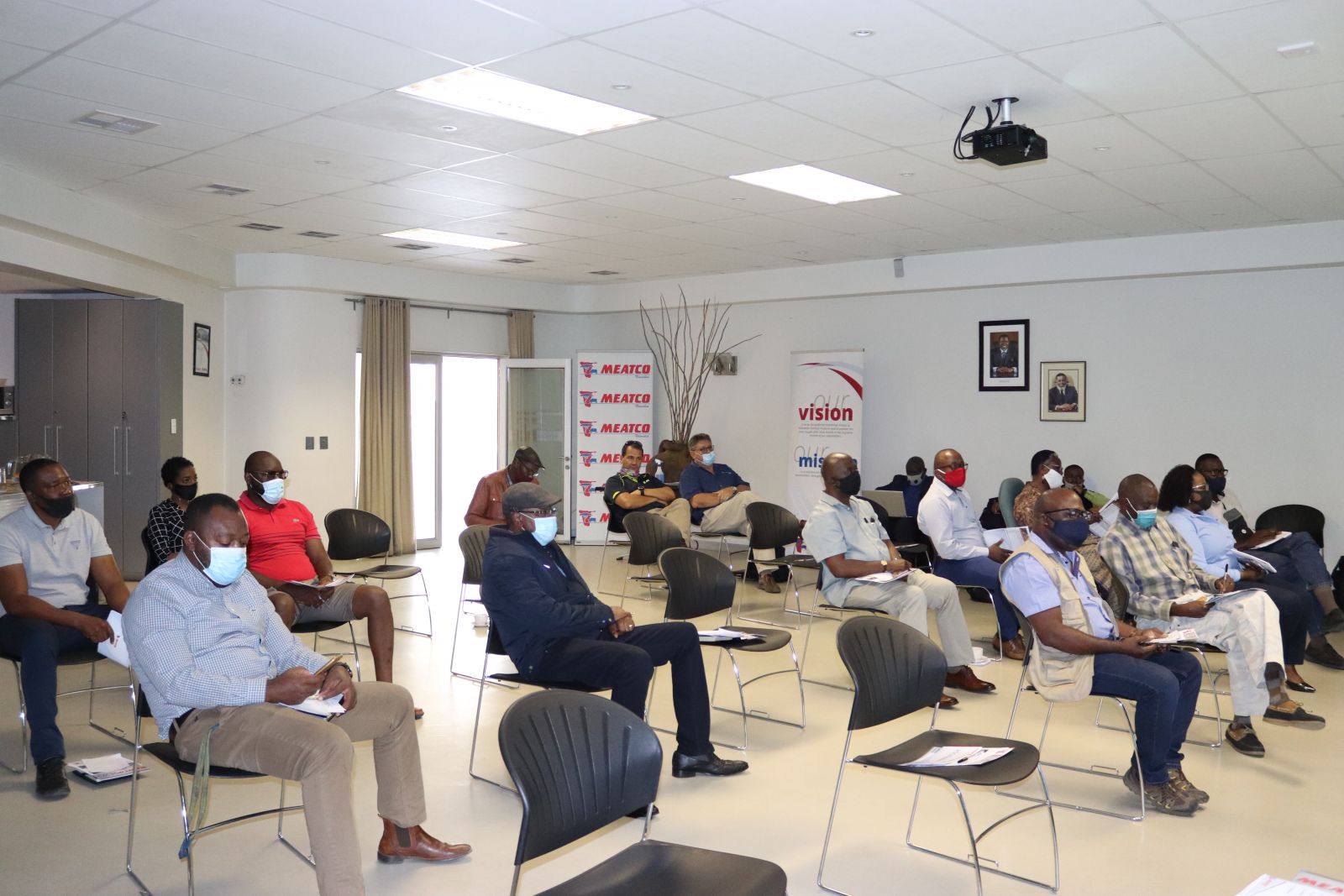 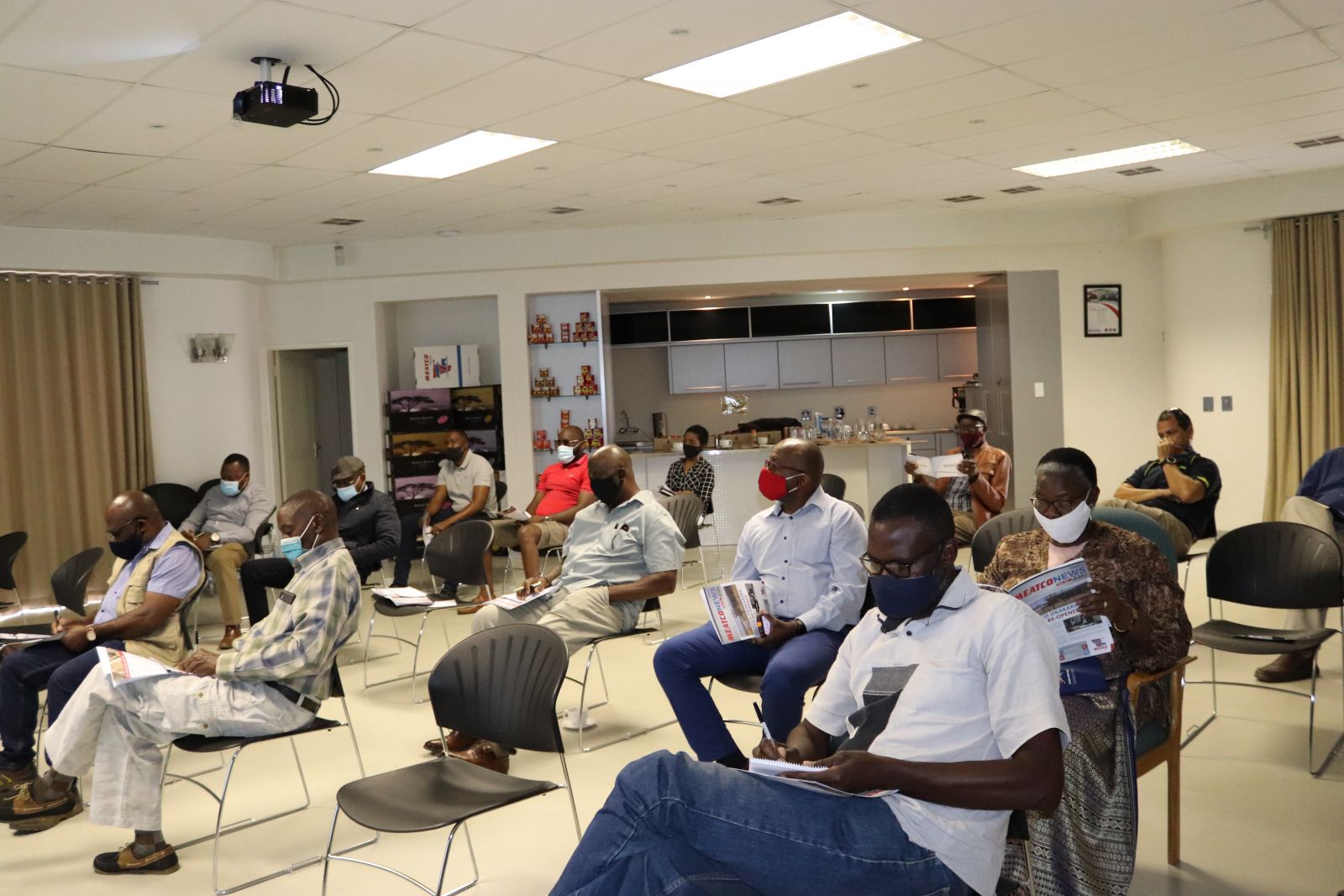 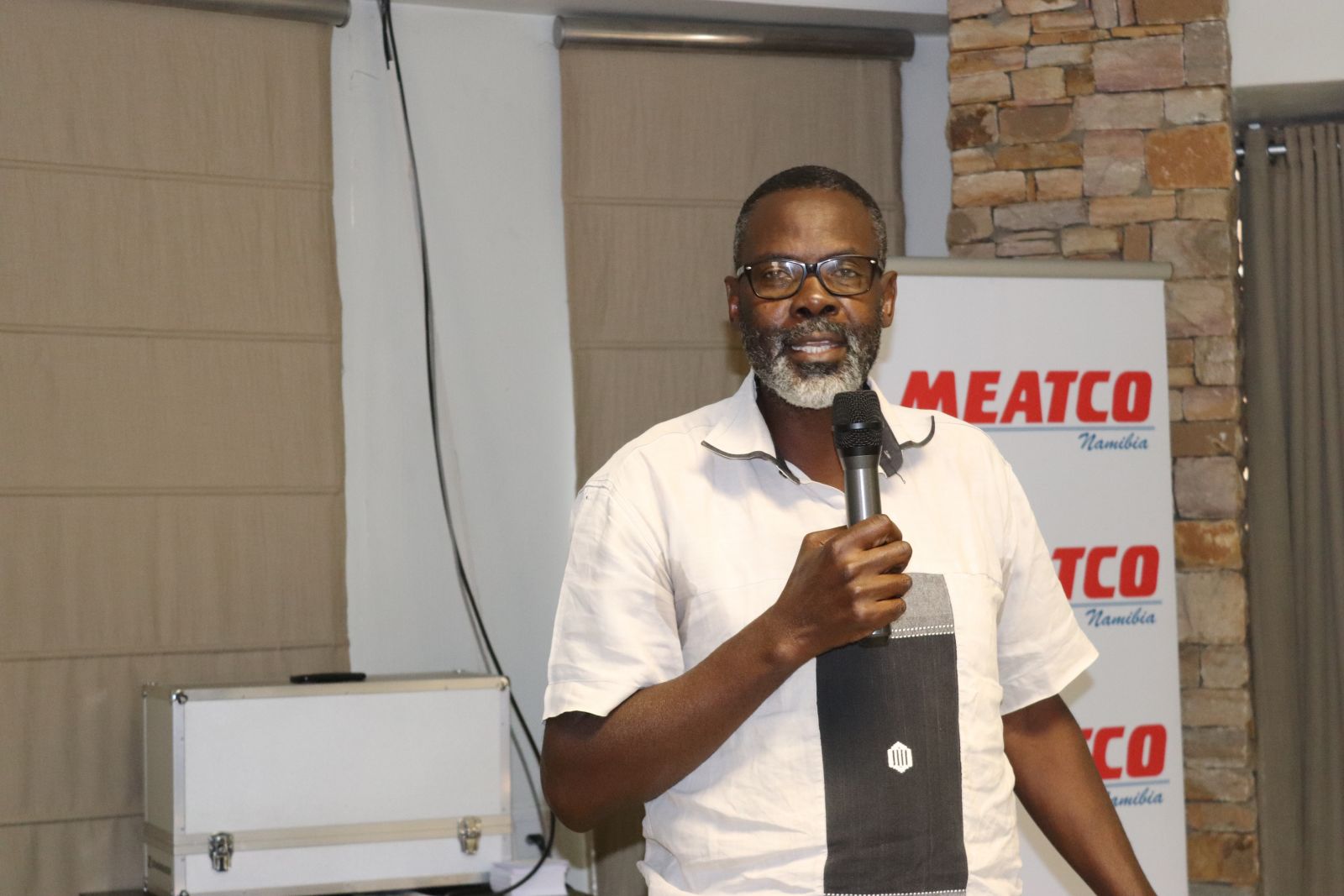 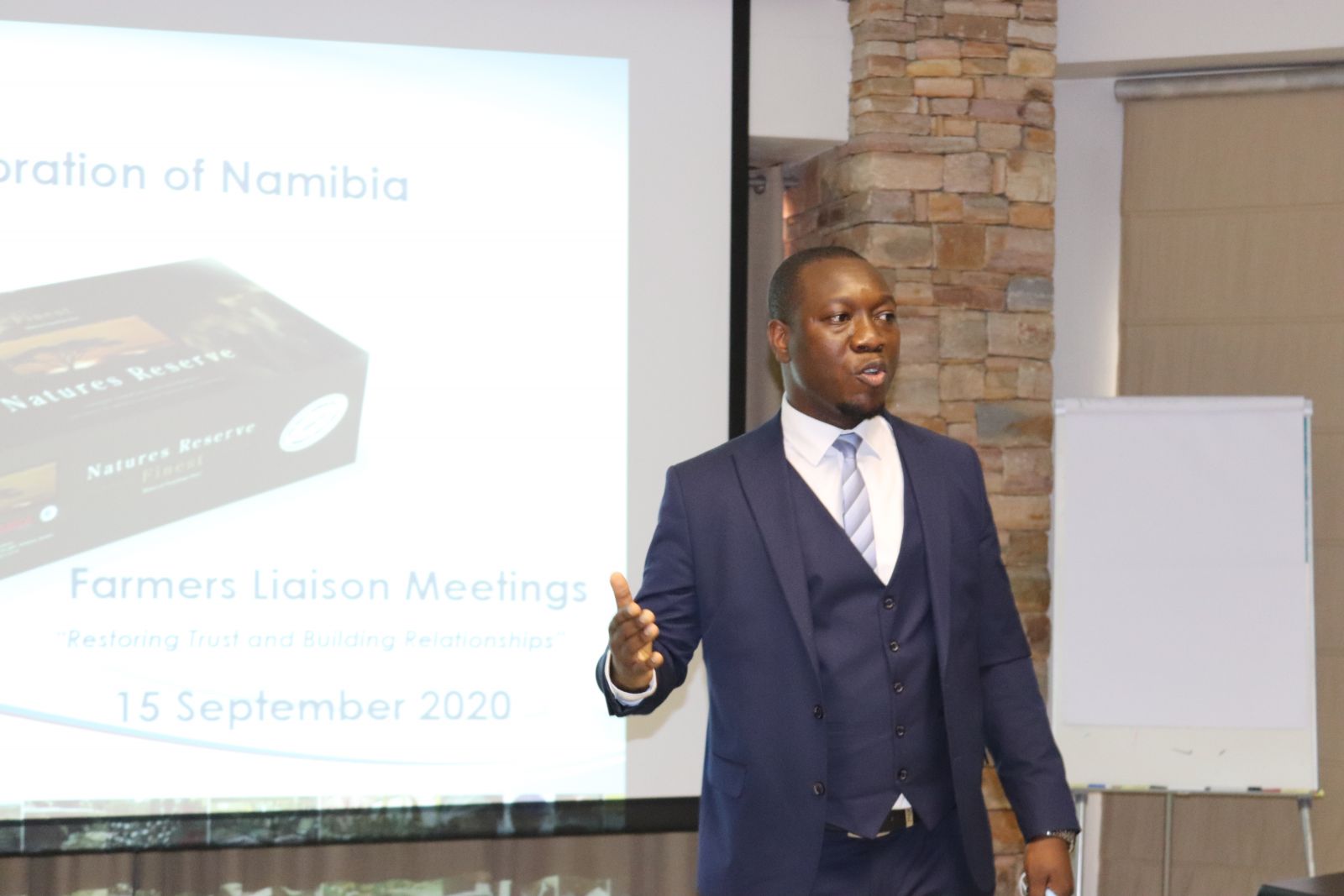 The engagement was prompted by the paramount reason that these farmers are usually unable to attend Meatco’s Farmers Liaison Meetings (FLM's) that take place in the various regions across the country. And are often not engaged enough by Meatco’s Management that has the mandate to create effective communication platforms and continuously engage all Namibian farmers.

Meatco’s Chief Executive Officer, Mwilima Mushokabanji, in his introductory remarks, highlighted several strategic issues, such as how organisations reinvent themselves with time. He pointed out how the agricultural sector has evolved from the way it operated 20-30 years ago because a lot has drastically changed.

He pointed out that the contribution of agriculture to the gross domestic product has gradually declined from 1990 because production is affected. More than 70% of Namibia’s population are rural dwellers and these are the Namibians who directly or indirectly depend on agriculture for their livelihoods, impressing on how agriculture is the backbone of the Namibian economy. Meatco, as a commercial public enterprise, operates in this agricultural sector and is tasked with the responsibility of establishing functional and lucrative markets, Mushokabanji told the meeting.

The government has done a brilliant job developing markets and Namibia remains the only country in Africa exporting high-quality beef to the United States, China and to Norway .

“As Meatco, at the beginning of this year, we said to ourselves that there is a need for a more energised vision that addresses contemporary issues. We said we want to strive to construct a global brand that will create wealth for Namibia and its people. Hence, the reason for inviting you to this engagement session as we work on inclusivity,” Mushokabanji said.

Meatco’s Executive: Livestock Production and Value-addition, George Kotze, shared Meatco’s plans to intensively get involved in helping producers improve the quality and quantity of their animals to secure the national herd and throughput to Meatco. Platforms such as night school will be developed to address issues of concern, such as leak and pasture management.

“It is great to see a lot of young farmers this morning here at our meeting,” Kotze said.

“We also contribute towards the socio-economic empowerment of kapana vendors at auctions that allow them to market their food products and generate income,” Shamathe said.

He said the Meatco Foundation is involved in providing inputs regarding the Red Line and how the regulations around the line can be successfully coordinated for the benefit of all Namibian framers. He explained the zoning of areas in the Northern Communal Area (NCA), which will open lucrative markets and allow farmers to access markets through selling their animals both in the NCA abattoirs and SVCF.

The Meatco NCA Subsidiary (Pty) Ltd Chief Executive Officer, Kingsley Kwenani, highlighted the importance of the company as a special purpose vehicle targeted at dealing with animal quality, market-related problems, and training and supporting farmers in the NCA to bring them to the same level with commercial farmers SVCF. Kwenani said the NCA has 1.6 million animals and with the right policies it can contribute to the growth of the Namibian meat industry both internationally and locally.

Meatco’s Executive: Strategy and Business Development, Isaac Nathinge, presented the company’s vision, its background, the structure and its objectives.

Addressing the same event, Meatco’s Livestock Production Manager: North, Patrick Liebenberg, urged farmers to pull together to sustain the agricultural sector. “As an industry, we should fight to keep slaughter-ready animals within the Namibian borders and avoid them leaving on the hoof for South Africa,” Liebenberg said.

Meatco’s Quality Assurance Department Manager, Marchella Somaes, made a presentation on how animals are handled when they arrive at the export abattoir and how meat is tested for compliance with the regulations that are signed between Namibia and the Meatco’s export markets while ensuring high standards of food safety.

NECFU president, Dr Ndahafa Nghifindaka-Tjiuongua, expressed her gratitude to Meatco for organising an informative meeting on the Meatco business. She highlighted how the union has not been receiving adequate support from the industry, although it registered in 2008. She said the union is looking forward to continuous engagements of this nature to enhance the members' knowledge and the entire agricultural sector.

“I cannot stress enough that the reason we registered as a union is to be organised because recognition can only be achieved through an organised structure, and this is what NECFU represents. We are operating in eight regions, Otjozondjupa north and south, Otjikoto, Omaheke, Hardap, /Kharas, Khomas and Kunene. However, we accommodate individual farmers coming from the NCA,” Nghifindaka-Tjiuongua said.

The meeting ended in a question-and-answer session, and the farmers had pertinent questions set to steer the agricultural sector to prosperity. 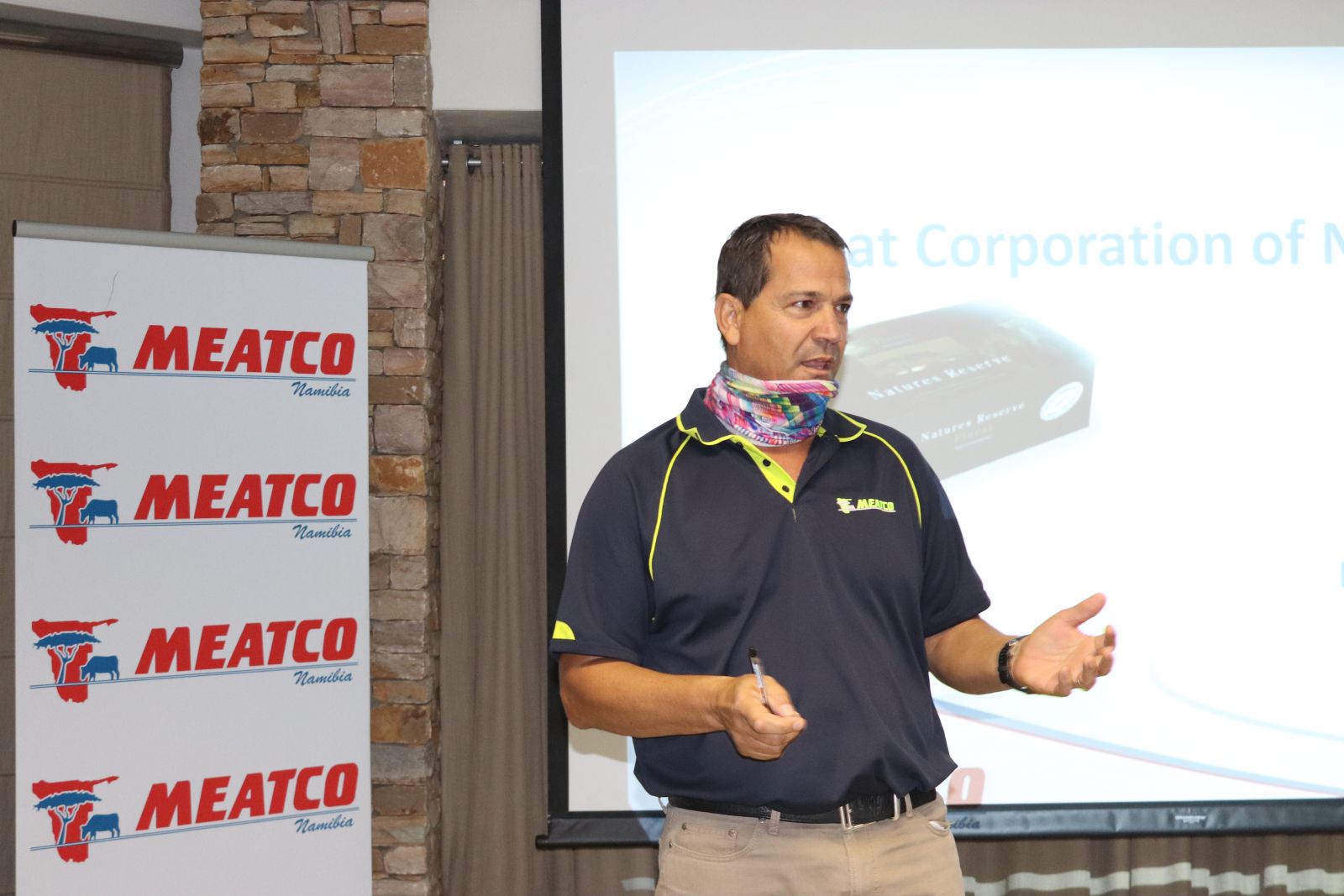 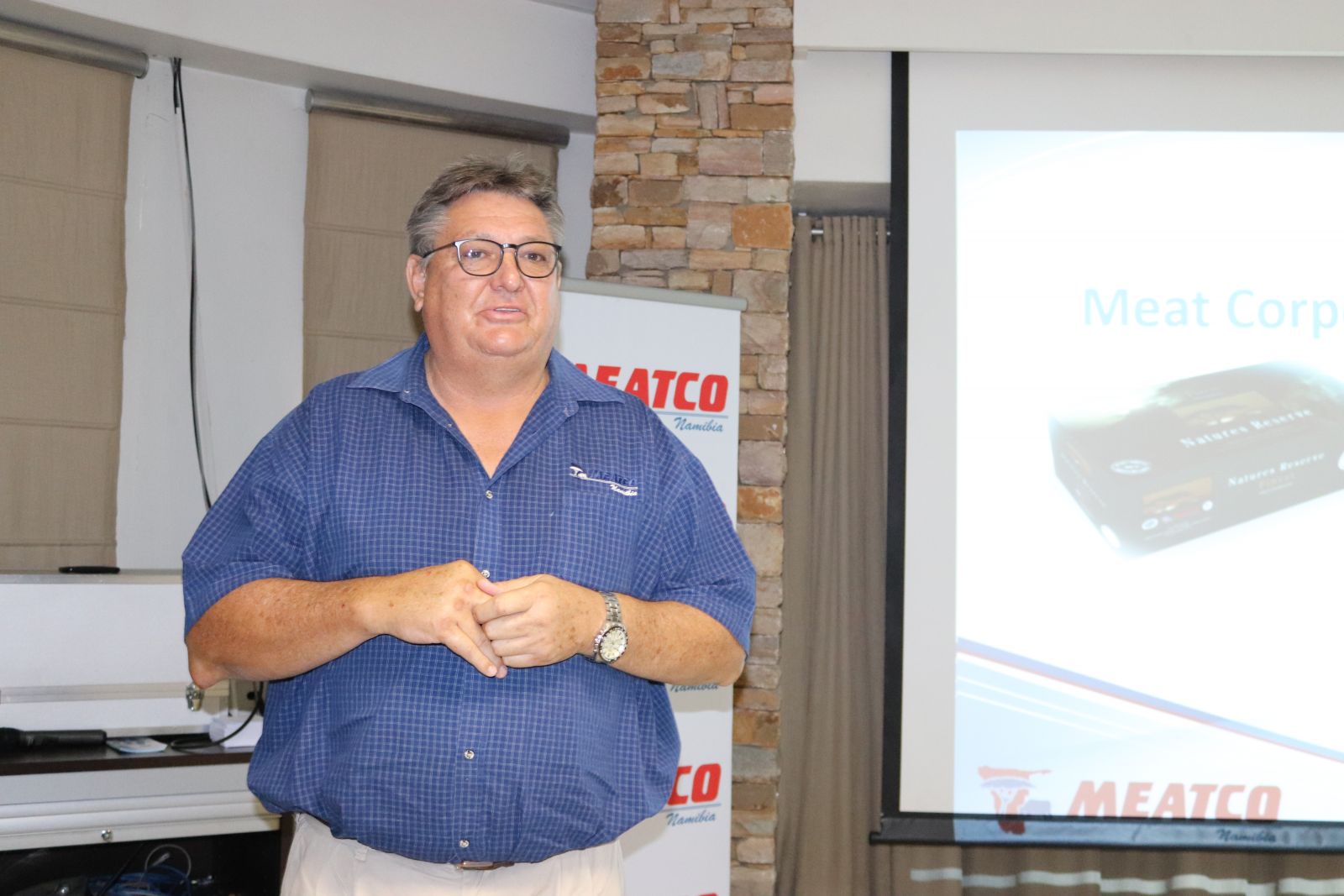 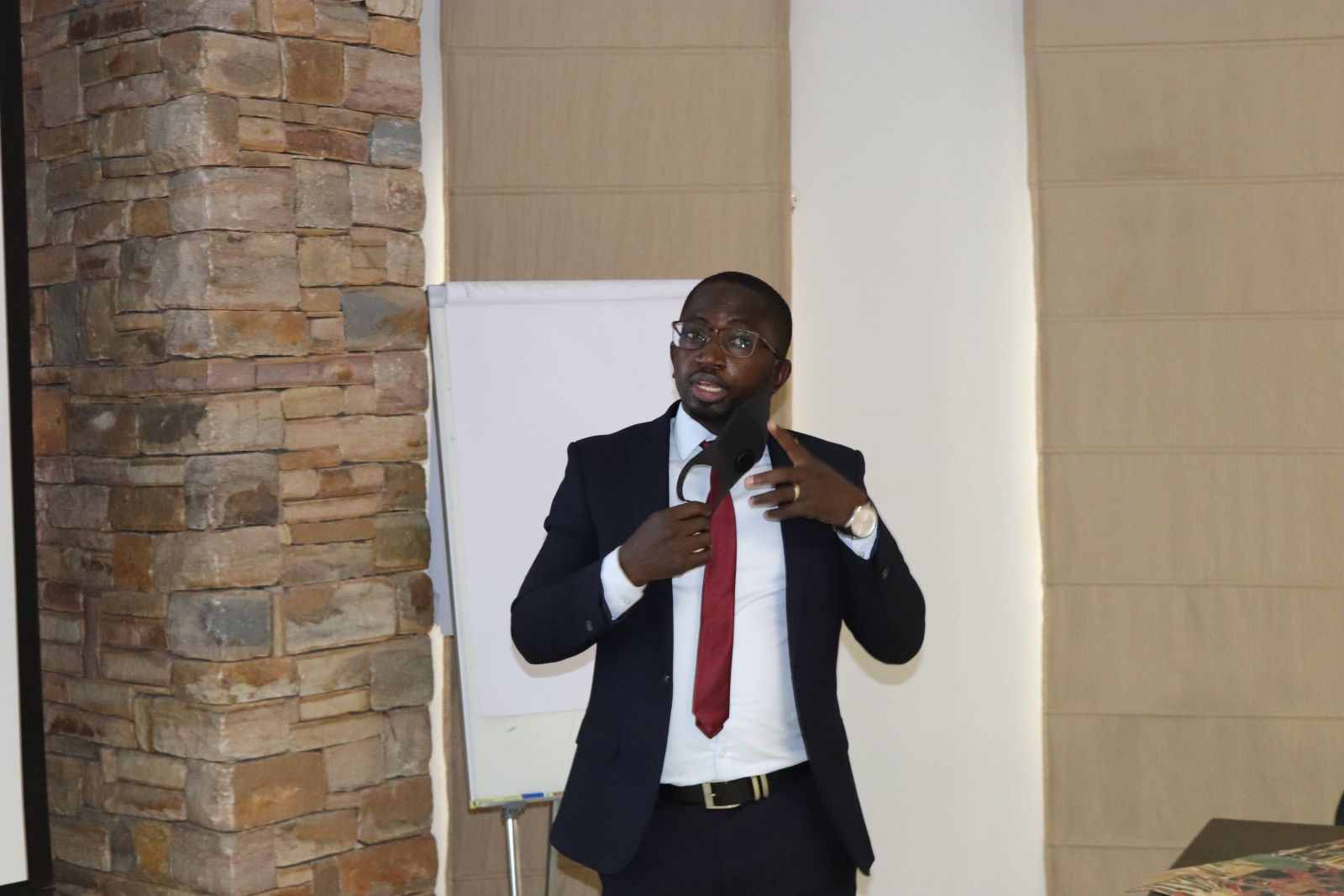 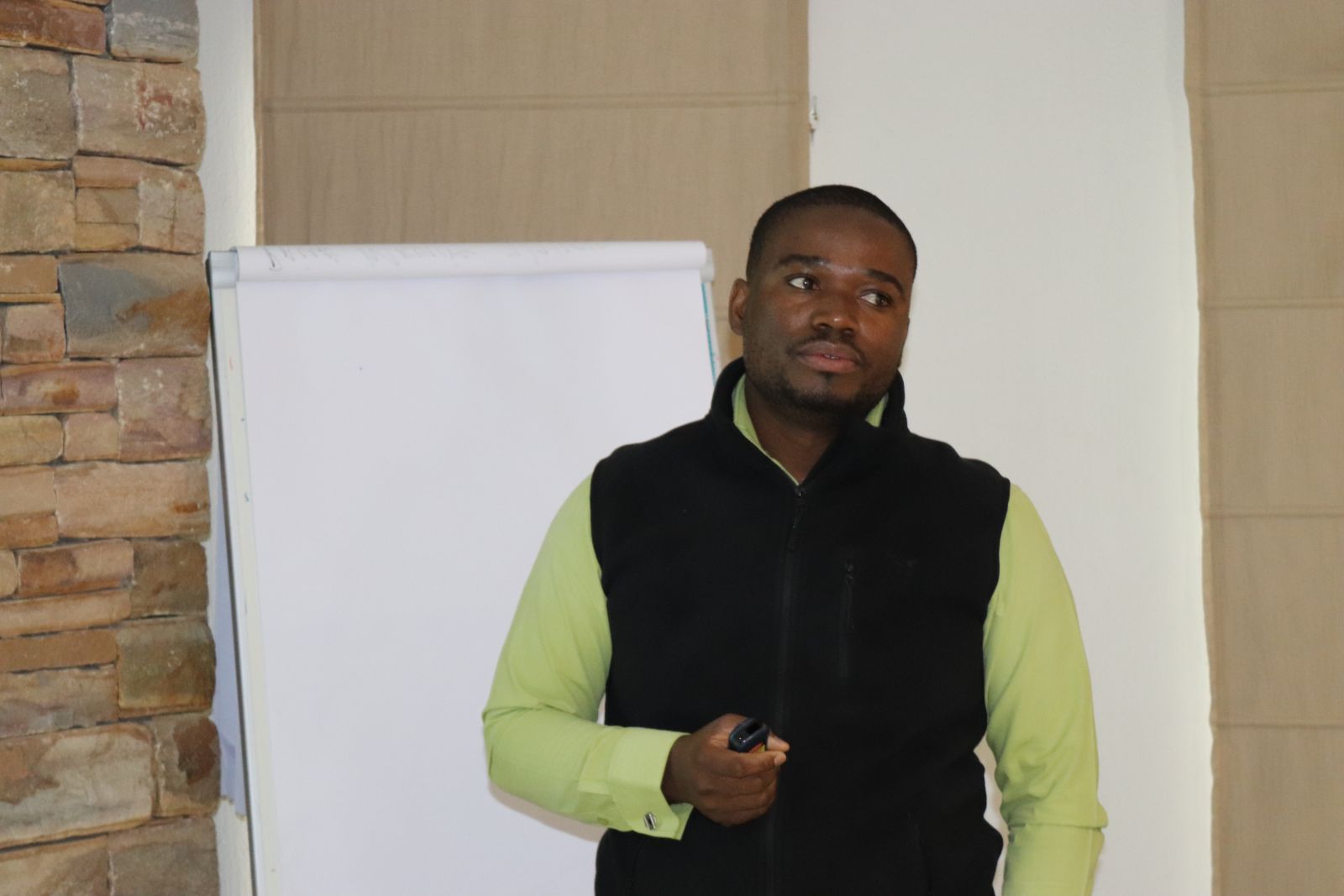 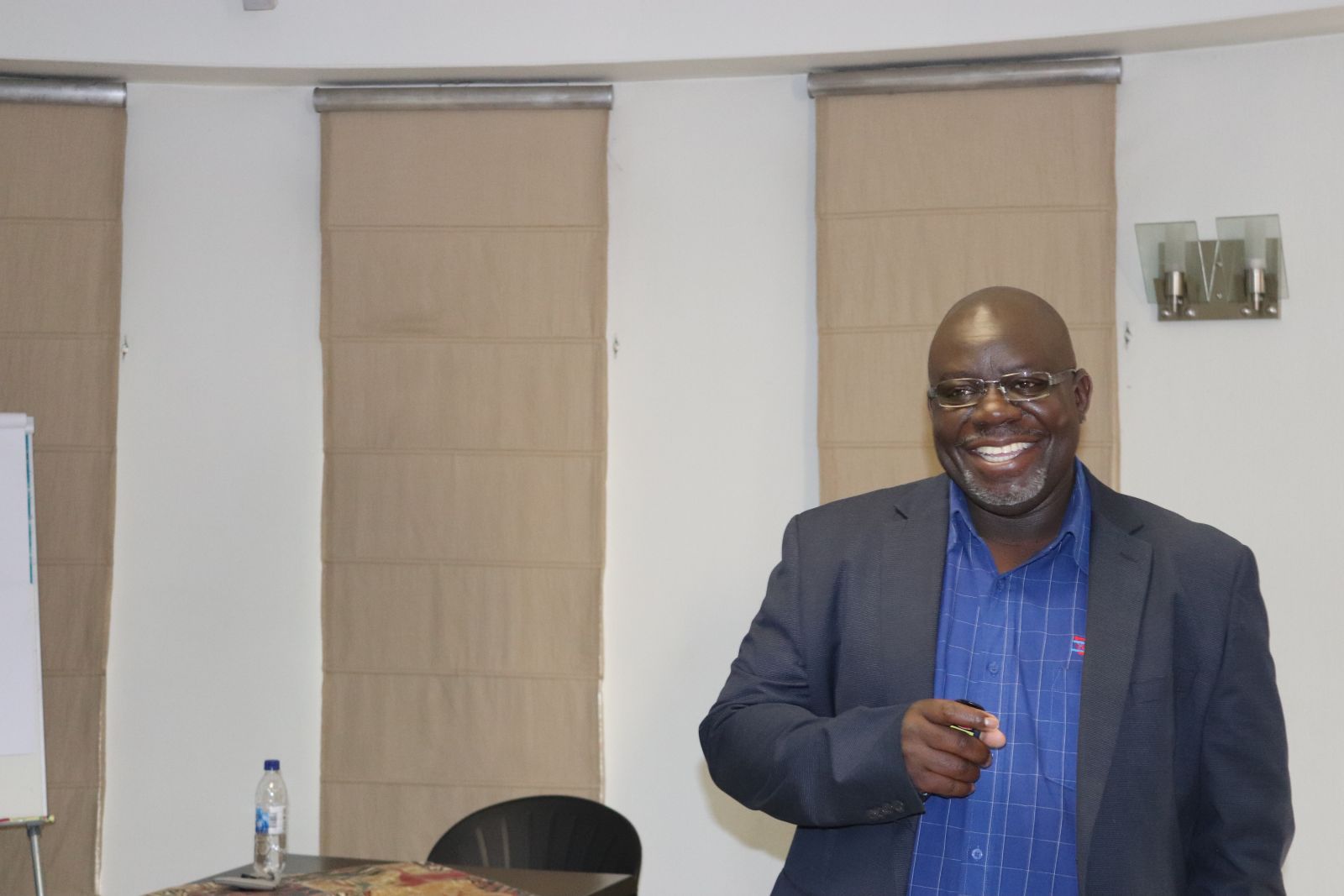 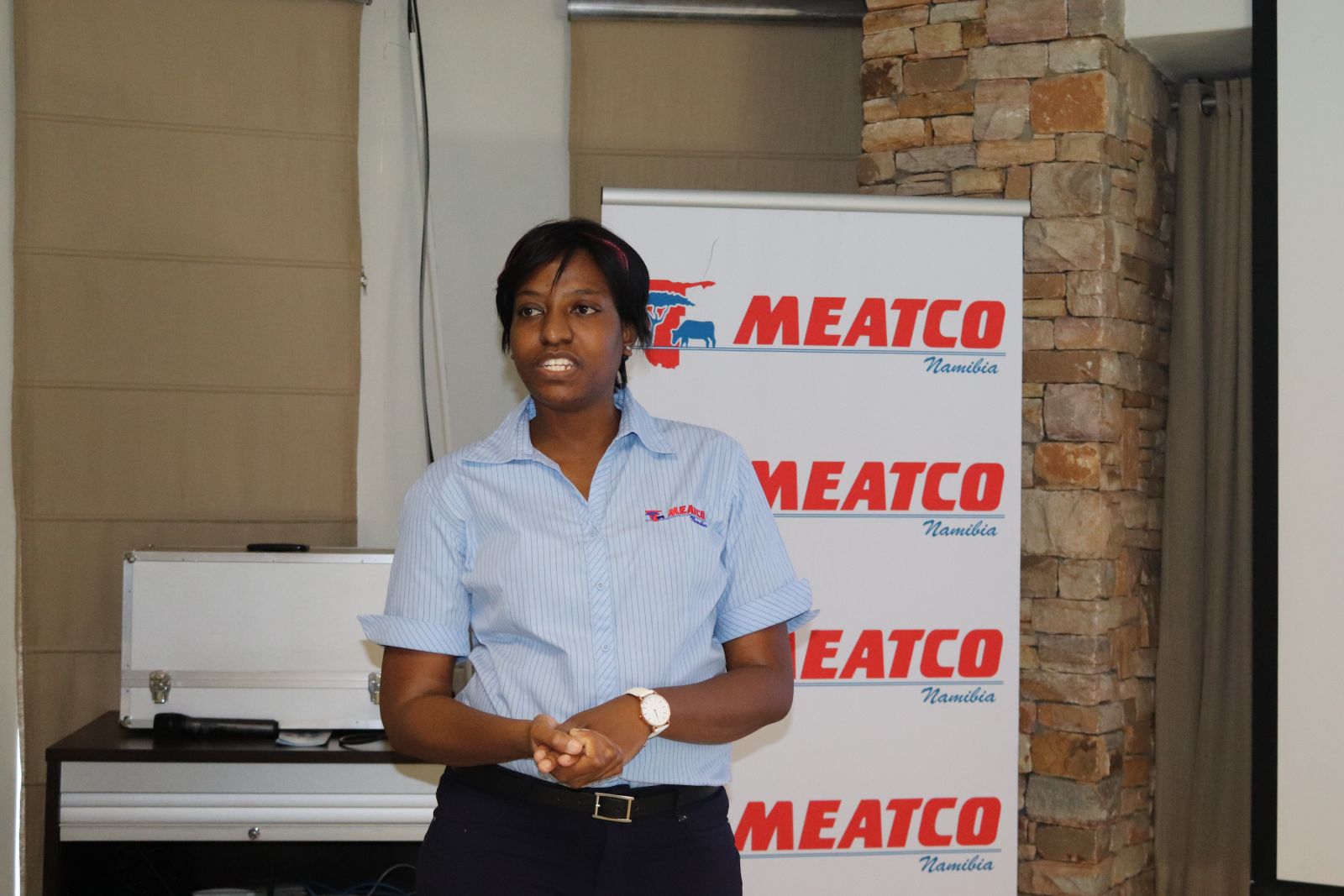 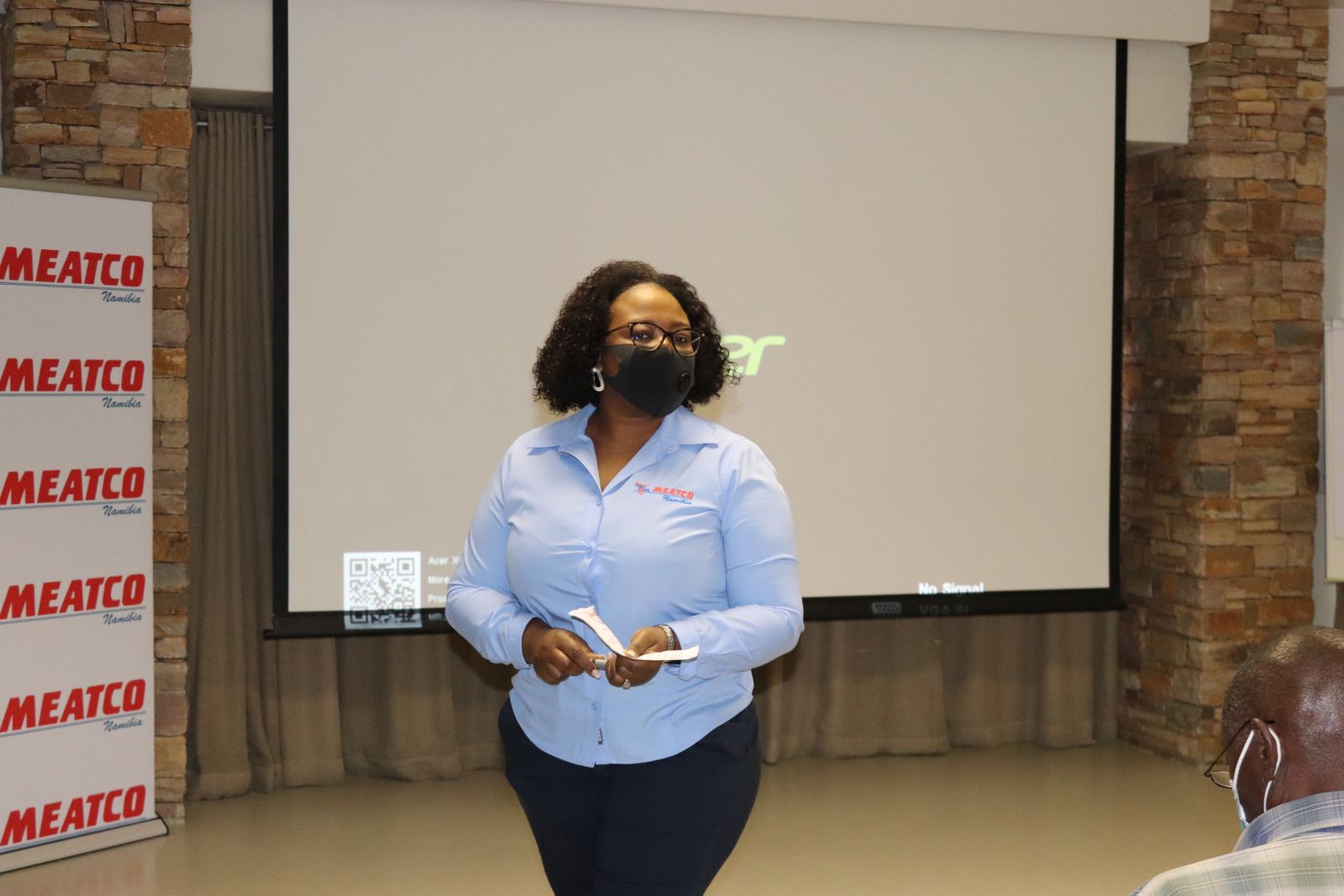