The World Bank estimates that climate change could push more than 100 million people into poverty.

A major spending boost is needed to bolster agriculture in the fight against hunger, poverty and other consequences of climate change, the UN’s International Fund for Agricultural Development (IFAD) has said.

“We are seeking a US$1.7 billion contribution from member states to cover 2022 to 2024,” IFAD President, Gilbert Houngbo, told Agence France-Presse (AFP) on Monday.

The needs have considerably increased with the rise in hunger around the world, he said, adding that it would amount to a 54% jump in the budget for the UN agency tackling poverty and hunger in rural areas of developing countries.

“This leads us to launch an appeal, which is all the more exceptionally linked to climate,” the former Togolese Prime Minister said in a telephonic interview.

The appeal would be made at the fund’s board meeting in Rome this week. IFAD solicited US$1.2 billion in voluntary contributions from member states in 2019 and received US$1.1 billion. G7 and Nordic countries have been the main donors, stumping up three-quarters of the budget, followed by China, the Netherlands, India, Saudi-Arabia, Switzerland, Ireland and Austria.

The IFAD hopes to double its impact by 2030 and help more than 250 million people living in rural areas to increase their income by at least 20%. The number of people suffering from malnutrition has been on the increase since 2015 and reached 820 million in 2018.

Hunger and small-scale agriculture are intricately linked, as 80% of the poor live in rural areas and small farmers account for half of the food by calories produced in the world. With climate change making it more difficult to farm in some areas, there is added pressure for migration.

“Our objective is to show that all these subjects are linked, that we shouldn’t treat them in silos,” said Houngbo.

“It is impossible to eradicate poverty, one of the UN's goals if we don't start with small producers," he added.

The World Bank estimates that climate change could push more than 100 million people into poverty, with half of that due to its impact on agriculture such as inadequate rain and lower yields. Houngbo called for the shifting some of the climate change funding, which overwhelmingly goes towards helping reduce pollution, to ameliorating its impact.

In particular, he advocated investing in equipment and storage infrastructure in Africa where as much as 40% of production is lost due to lack of machinery and adequate storage. This would, in turn, reduce pressure on land, water resources and need for fertiliser. 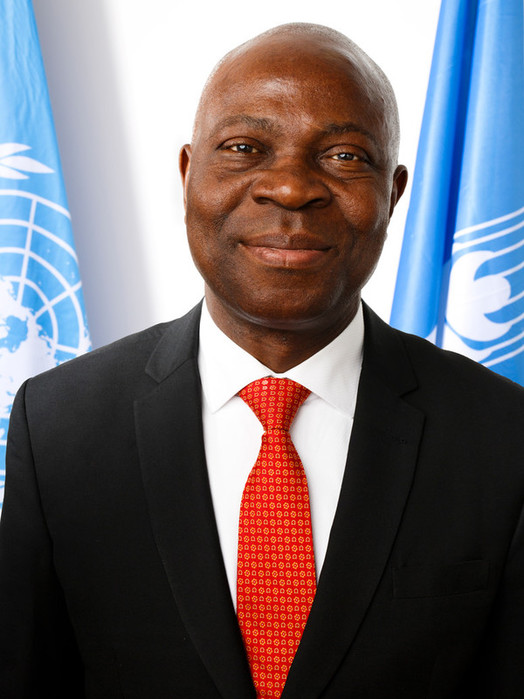