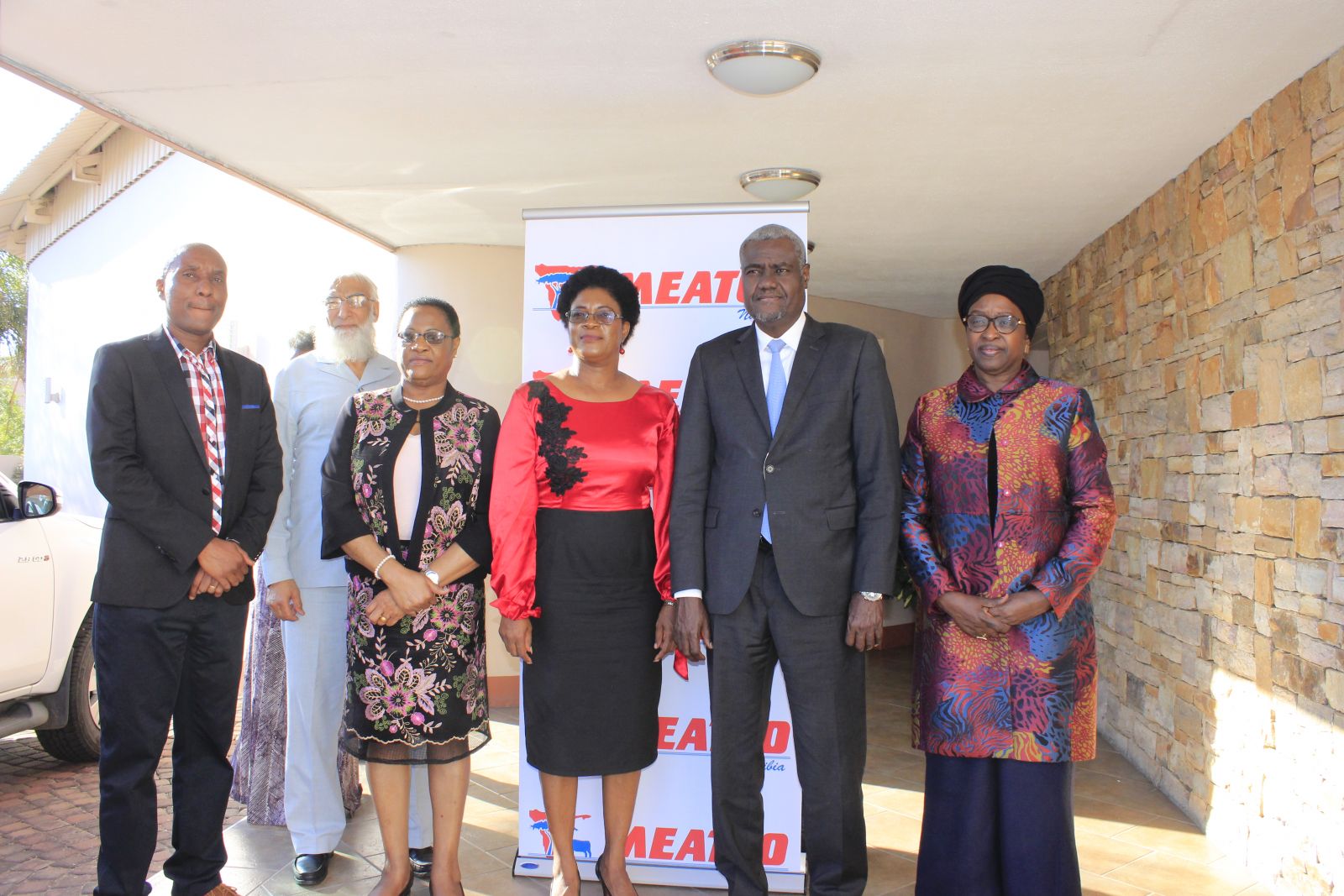 The visit, which was aimed at educating the delegation on Meatco’s business model and on how the company is contributing to Namibia’s economic development, trade and continental integration, took place at the Meatco Windhoek Factory Cafeteria.

He also spoke about Meatco’s Mobile Slaughter Unit (MSU) in the Northern Communal Area (NCA), which is the first of its kind in Africa.

The MSU was manufactured in the United States according to our specifications.

The delegation was also informed about some of the end user retail and brand customers of Meatco’s beef products around the globe such as Woolworths, McDonald’s, Wimpy and Heinz.

The visit, which formed part of the African Union Commission interface business meetings with corporate Namibia, was facilitated by the Namibian Chamber of Commerce and Industry (NCCI) in collaboration with the Ministry of Industrialisation, Trade and SME Development (MITSMED).