The Meatco Foundation – the company’s Corporate Social Investment initiative – published its first annual report since its establishment on 31 August 2016. The foundation was set up in April 2011 in line with Meatco’s aim of improving and supporting the socio-economic development of rural Namibian communities that depend on livestock farming.

The foundation has also undertaken several projects to enhance the livelihood of farmers in the Northern Communal Area, one of which is the Farmers’ Support Programme aimed at eradicating poverty in communal areas. While this project ended in November 2015, activities continue as part of the Rangeland and Marketing Development Support Project (RMDSP-NCA).

Other projects spearheaded by the foundation include Improved Genetics and Access to Bulls, the Meatco-owned Cattle (MoC) initiative and the Meatco Occupational Health Project, to mention a few.

“The foundation focuses on communal areas to enhance the capacity of farmers living there so that they can compete in a commercial farming environment,” says Executive Officer: Meatco Foundation, Kingsley Kwenani.

The Meatco Foundation is a separate legal entity with a seven trustees. During the year under review, it invested N$11 567 254 in rural Namibian communities to enhance the capacity of farmers living there.

Meatco and its foundation are pleased to present the first annual report to partners, donors, employees and the public to provide a thorough analysis of the entity’s operations. 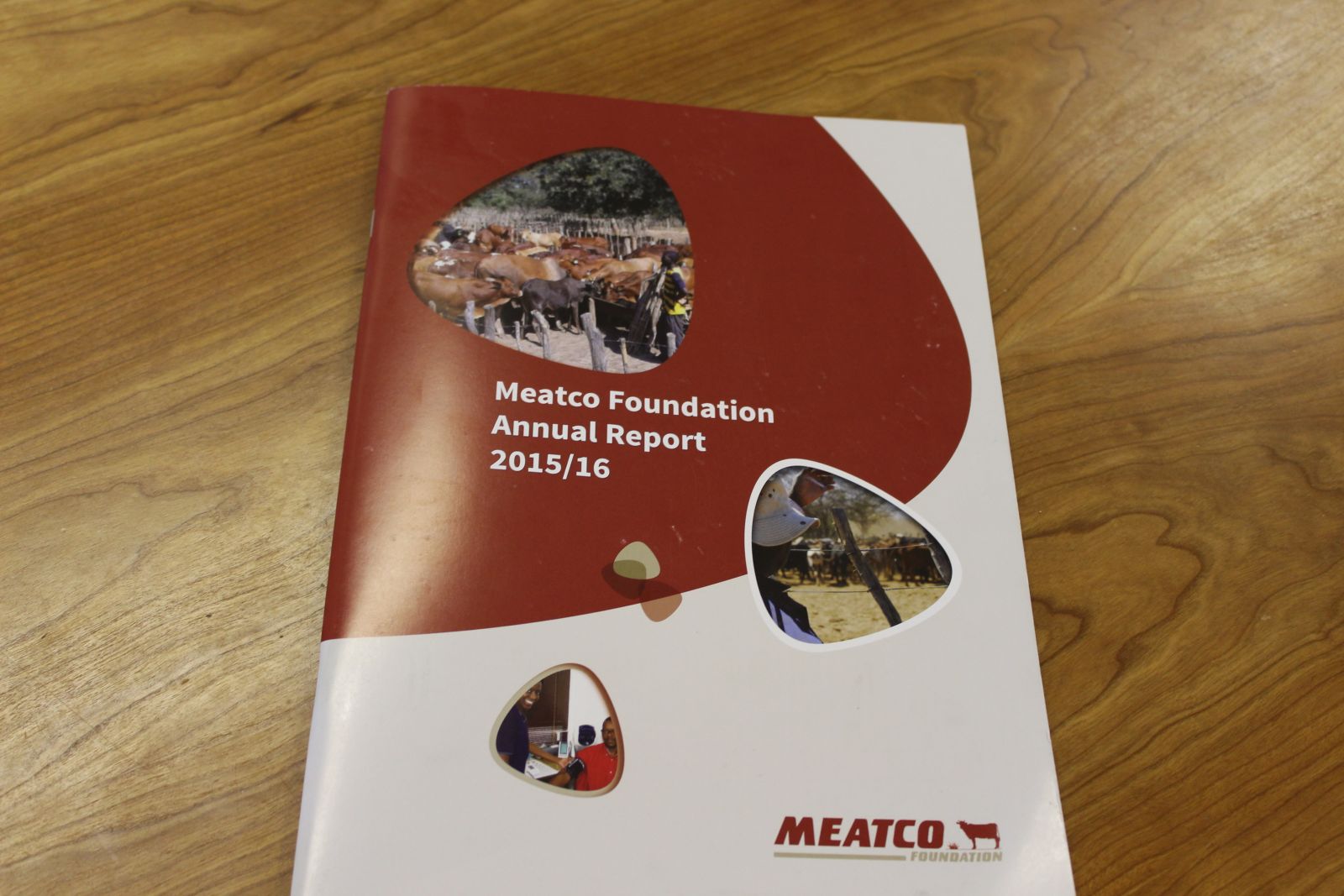