Update On The EPA 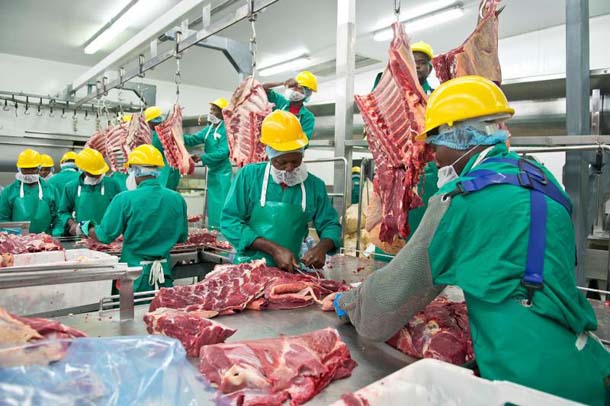 A delegation from the European Commission (EC) visited Meatco’s Windhoek abattoir last week, with the aim of getting an overview on how we operate.

The EC’s visit to Meatco comes a few months before the 01 October 2014 deadline by which Namibia is expected to sign the Economic Partnership Agreement (EPA) with the EC. At this stage, indications are still unclear on whether or not Namibia will sign.

The last round of negotiations between the Southern African Development Community (SADC) EPA Group and the European Commission (EC) was held in Brussels, Belgium on 31 March – 02 April 2014.

According to the Agricultural Trade Forum (ATF) which attended the negotiations, the issue of export duties and agriculture safeguards remain unfinalised and as such negotiations could not be concluded between the two parties.

As a result, it was agreed that each member state is to report back to their governments regarding the progress reached in the negotiations and each country is to decide on the way forward, considering the outstanding issues.

Namibian beef producers currently enjoy access to the EU without paying duties and without any quota limitations. This allows Namibian cattle and beef production systems to be competitive in the European market. Should Namibia not sign the EPA, Namibian beef producers could lose this free market access and any exports to the EU will require export taxes to be paid for such products – a process that will be very costly for meat export businesses.

The ATF reports that there were indications that there will be no further engagements between the SADC EPA Group and the EC.

“SADC EPA ministers are to convene at the regional level as soon as possible to assess the progress in the negotiations, decide on whether a further negotiating session is needed with the EU and the regional approach to the EPA,” Rejoice Karita, the Senior Trade Advisor at the  ATF reports.

Other SADC countries include Swaziland, Zambia, Mozambique and South Africa.

Rejoice outlines that South Africa may not be able to provide its final decision regarding the EPA until its national elections, which started this week, are held and the new administration is in office. “This is likely only to happen in June 2014,” she said.

According to Rejoice, a decision will subsequently be made about where the region stands with regard to the EPA.

Namibia’s beef industry is able to realise huge returns from the EU market, which in turn contributes 50% to the agricultural Gross Domestic Product (GDP).