MEATCO and employees conclude wage negotiations for 2014 and 2015 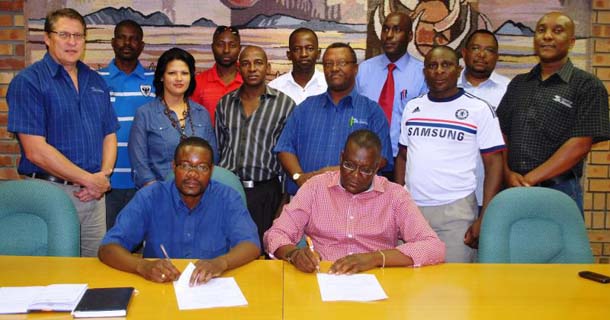 The parties agreed inter-alia on an annual salary increase for the period 2014 and 2015 as well a once off bonus.

Through the process the two negotiating parties proved that they are not opposing parties but partners representing the same interest albeit from different perspectives.

The process involved various stakeholders without whose input the negotiating committee would not have succeeded in concluding the agreement in time. These parties are NAFAU leadership, Meatco Executive Management and the Chief Executive Officer in particular, as well as the Board of Directors. We have managed to ensure the increase will be paid with effect from 1 March 2014, without any retrospective payments.

The conclusion of the wage negotiation process has now laid the foundation for better collaboration between the Union and Management. Any challenges that have arisen through the process will be dealt with as soon as possible so that by 2016 there will be improved relations and a better understanding between the parties.