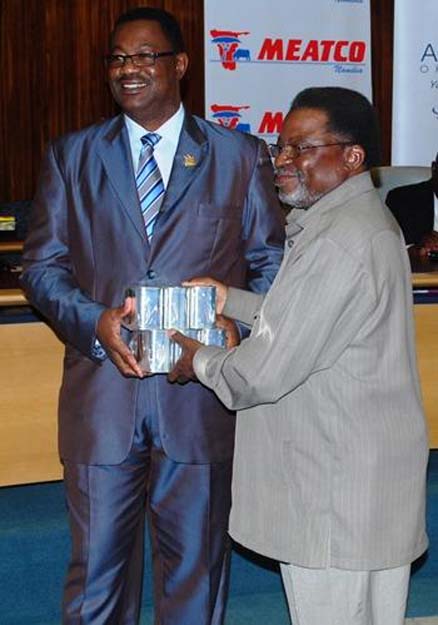 Meatco was tasked to slaughter and process a total of 105 cattle provided by the Government for the National drought relief program. The Corporation was approached by the Office of the Prime Minister, through the Directorate of Disaster Risk Management, to slaughter and process cattle that are available on Government farms to provide food to Namibians in an effort to relief the hunger caused by the current drought situation.

A total of 231,432 cans of Meatco’s special beef recipe, 341 cartons of offal and 435 cartons of bones were produced by Meatco’s Windhoek and Oshakati factories. Of the 105 cattle delivered to Meatco, only one carcass was condemned.

The handover of the cans and cartons produced, took place at the Cabinet chamber in the Office of the Prime Minister on Monday, 2 September 2013 at 10:30 am. Agribank and Frans Indonga Group, amongst others also presented donations to the national drought relief program at this event.

Meatco is grateful for the trust the Government has put into its operations to be a partner and assist in this important national event. Our doors remain open to assist the Government in future national undertakings.